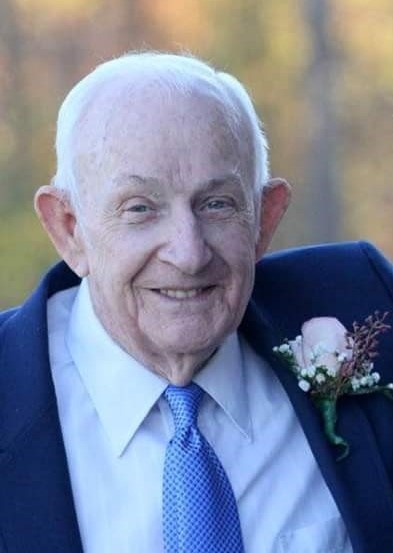 Mr. Williams was born in Star, NC on August 7, 1932 to John and Viola Dunn Williams.  He served his country in the U.S. Army.  Leon was retired from GE & Black & Decker.  He loved to hunt and was the Southeast Archery Champion three years in a row.  He built houses and had an amazing wood working talent and electrical skills. In addition to his parents, Leon was preceded in death by first wife, Sybil Boling Williams, sons, Allen David Williams and Gary Michael Williams,  and brothers, Harvey Williams and Wayne Williams.

Leon will be missed by many friends and family.

The family will receive friends on Sunday, June 5, 2022 from 3:00-4:00 pm at Pugh Funeral Home, 437 Sunset Avenue in Asheboro.  A graveside service will follow at 4:30 pm at New Hope Memorial Gardens, 3448 New Hope Church Road in Asheboro with Rev. Gene Davis officiating and with military honors by the Randolph County Honor Guard.

To order memorial trees or send flowers to the family in memory of Leon Williams, please visit our flower store.