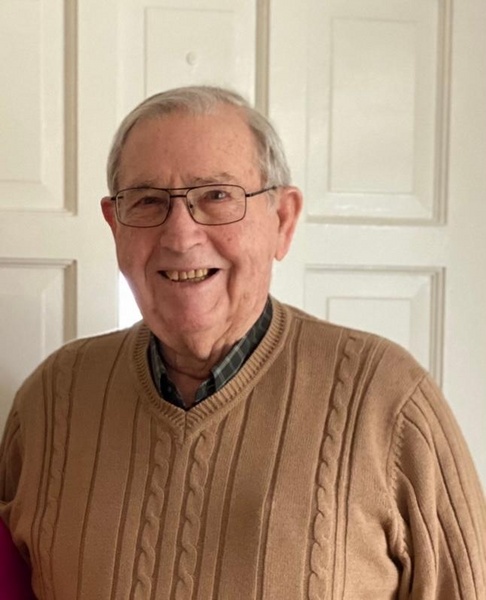 William Philip "Phil" Pendry, son of William "Bill" Virgil Pendry and Lora Shumate Pendry was born on August 30, 1937 and died peacefully on May 27, 2021 at the age of 83. Phil was raised in Hays, North Carolina. For two years, Phil served in the United States Army after being drafted while attending Appalachian State University and was based in Stuttgart, Germany; he loved to share exciting stories of his time overseas. After returning to Wilkes County, he worked as a Correctional Officer at the Wilkes Correctional Center but later took a job as the City Manager in a town he came to love as much as Hays, Randleman, North Carolina. He retired after twenty-two years. Never one to sit still, he went on to do many other things. He briefly worked in promotions for Winner's Circle Auto Parts and then opened Phil Pendry Construction Company, which specialized in commercial utilities. Later, he worked at the Randleman Lake. Always a community advocate and supporter, Phil was a long-time member of the Randleman Lion's Club and served as president for several terms. He also served as a council member on the Randleman Chamber of Commerce, Randleman City Council and the Randleman ABC Board. He loved Randleman and always said, "anything a person could want or need can be bought right here in Randleman"! His shared dream for the development of a Randleman Lake started back in the 1970's and over the course of the next twenty years, his efforts were pivotal in the development of the lake that is now enjoyed by fisherman and outdoor-lovers, state-wide. In recognition of Phil's enduring commitment and service to the City of Randleman, December the 3rd was named as "Phil Pendry Day" and he was also given a key to the city. Phil was a witty character who learned to play the guitar and banjo at age 70 and was still driving a motorcycle at 75. His entire life, he had a deep love of fishing; his favorite spot was "the hook", off Cape Lookout. His later years, Phil spent his time strumming his guitar at local rest homes and in "jam" sessions with his various bands. He loved "Old Time" Country and Gospel music and his favorite pianist to accompany him, was his wife, Helen. Phil is preceded in death by his sister, Martha Sue "Susie" Pendry Sebastian. He is survived by his wife, Helen Haynes Pendry and his children, William Russell Pendry (Jackie Westmoreland) and Carmen Pendry Proctor (Tim Proctor) as well as his grandchildren, Morgan Pendry, Nicholas "Alex" Proctor and Lora "Lori" Proctor. He is also survived by several cousins and many, many friends, whom he cherished. A service to celebrate the unique life of Phil will be held Tuesday, June 1, 2021 at 2:00 p.m. at Foster Street Wesleyan Church in Asheboro, North Carolina. The family will briefly receive guests directly after the service. Memorials can be made to Walk by Faith Christian Camp, which is located on historical family land (P.O. Box 77, Hays, North Carolina 28635).
To order memorial trees or send flowers to the family in memory of William Philip Pendry, please visit our flower store.