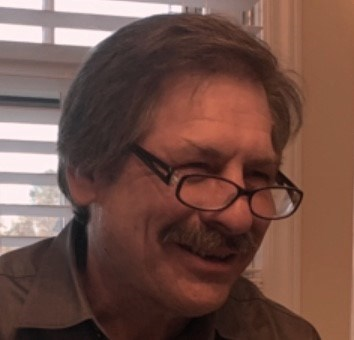 Wayne Alan Del Grosso died unexpectedly on December 22, 2020. He was born on October 28, 1958 in Lorain, Ohio. He graduated from DeVry Institute of Technology in Columbus Ohio with a degree in Electrical Engineering. Wayne and Tamara married in 1988 at Nativity of the Blessed Virgin Mary Catholic Church in Lorain, Ohio. Wayne and his wife moved to Charlotte North Carolina in 1990 where he pursued a career as an electrical engineer. Wayne's greatest joy in life was raising their two beautiful children, Nicholas and Helena. Over the past 17 years, Wayne was a skilled master craftsman with a passion for all things vintage motorcycle, specifically Harley Davidson. He taught himself the art of leather restoration and went on to restore and reproduce some of the finest leather saddles and bags for vintage Harley Davidson motorcycles all over the world. "Often imitated, never duplicated" he would say. His unrivaled attention to detail rendered his work indistinguishable from that which left the Harley Davidson factory in the '30's, '40's and '50's. In 2016, Wayne and his family moved to south Florida. Wayne is survived by his wife of 32 years, Tamara Lynnè (Teli) of Florida, his son Nicholas Alan and girlfriend Daniela (Switzerland) and his daughter Helèna Alexis and fiancé Austin (Florida). Wayne is also survived by his brothers, Patrick of Washington, Carl of Ohio and his sister Nancy (Rob Dolan) of Kentucky; his mother-in-law Joan Teli of Charlotte; his sister-in-law Christy Teli of North Carolina; nephews and nieces Joseph and Angela of Washington; Melissa, Brian, Kateynn, and John of North Carolina; his aunt Carinda Six of Ohio and various uncles, aunts and cousins. Wayne was preceded in death by his parents Patrick Donald and Agnes Mary Del Grosso; his grandparents Giuseppe Nicola and Rockina Del Grosso, Andrew and Mary Rerko; father-in-law Martin L. Teli and several uncles, aunts and cousins. Wayne was also preceded in death by his brother-in-law David Teli of North Carolina and his sister-in-law Catherine Del Grosso of Washington. Please pray for us as we are devastated by the loss of Wayne. Please especially pray for Wayne's soul. On January 23, Wayne will it be buried at Forest Lawn East Cemetery in Matthews North Carolina near his brother-in-law, David. At 1:00 pm, after a private viewing in the chapel for the immediate family, Fr. John Bourbeau, SSPX will offer a burial service at the gravesite. A Requiem Mass for the repose of Wayne's soul was offered by Fr. Joshua Jacobs, SSPX.
To order memorial trees or send flowers to the family in memory of Wayne Alan Del Grosso, please visit our flower store.