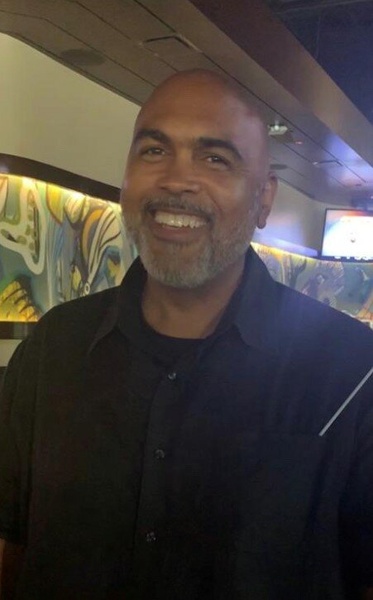 Thomas was born in Akron, OH to Joseph and Barbara Brown Tazewell.  He received his Computer Science Degree at NC A&T University and was employed with Allscripts, based in Raleigh.  He was preceded in death by his father.  Thomas was a kind and gentle man who was devoted to his family and never met a stranger.  He could fix anything. Thomas loved traveling to his home in Antigua, fishing and being on his boat, and grilling.  He was a huge Cleveland Browns fan and an avid Earth, Wind, & Fire fan.

He is survived by his wife of 20 years, Sharon Miller Tazewell; children, Justice Reynolds of Raleigh, Candis Tazewell of High Point, and Victor Tazewell and Ariel Tazewell both of the home; grandchildren, Alaina Reynolds, Noela Reynolds, and Lillah Reynolds all of Wake Forest; the son of Barbara Tazewell and Emma Washington of Asheboro; and siblings, Joseph Tazewell (Lora) of New Jersey, Jonathan Tazewell (Peg) of Ohio, and Paul Tazewell of New York.

A private celebration of life service will be held at a later date.

Pugh Funeral Home in Asheboro is serving the Tazewell family.

To order memorial trees or send flowers to the family in memory of Thomas Raymond Tazewell, please visit our flower store.