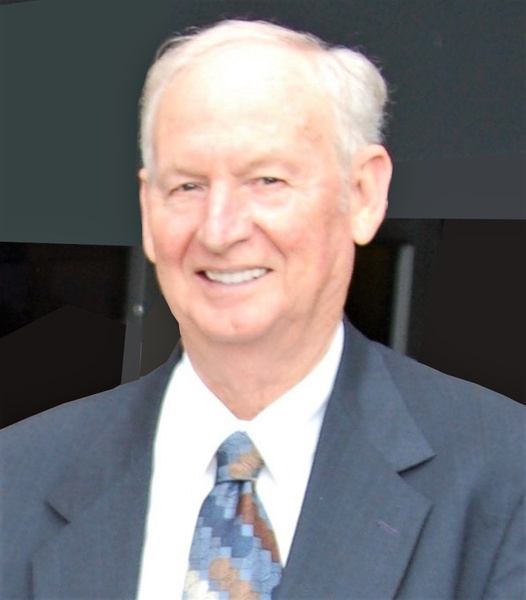 Shelton Dee Brock, of Seagrove, NC, and Kinston, NC - beloved brother, husband, father, grandfather, uncle, and friend - passed away at the North Carolina Veterans Home in Kinston, NC on July 9, 2022, with family by his side.  He was 88 years old.

Shelton was born on April 13, 1934, in a small place in North Carolina near Mt. Olive called Beautancus.  One of six children, he grew up moving from farm to farm working with his family.  He adored his parents, who taught him the value of hard work and instilled in him a sense of gratitude and contentment for the many blessings that the Lord provided.  He enjoyed the outdoors with his family and friends and often spoke about his wonderful childhood.  He graduated from Mt. Olive High School in 1952 before attending East Carolina Teachers College (now East Carolina University) in Greenville, NC.  He started work at Dupont de Nemours in Kinston before his sense of patriotic duty called him to join the Army. He served in the Army Security Agency in Austria.  He returned home from the Army and continued his work at Dupont where he provided over 30 years of service.
In 1957, Shelton married the love of his life - Garnet Oberia Lucas, from Seagrove, NC.  Shelton’s aunt was a nurse at a hospital where Garnet was a patient and the two traded letters for over a year before meeting in person.  Shelton would often get off work at midnight and drive many hours to spend time with his eventual bride.  They initially resided in Mt. Olive and then moved to Kinston in 1959.  Soon they welcomed a daughter, Susan, and then a son, Stephen.  Shelton was very proud of his two children who he said brought a lot of joy to his life.  In 1985, Shelton retired from Dupont and moved with his wife to her hometown of Seagrove, where he restored the home where she was born and lived until returning to Kinston in 2022.

In 1962, Shelton gave his heart to Jesus and was very active through the years in sharing the gospel with others - he could often be seen speaking at street corners, handing out gospel tracts, and putting up signs along the road to tell people about his Savior.  He was an active member and served in many leadership roles at First Baptist Church and Bible Baptist Church in Kinston and Seagrove Christian Church in Seagrove.

Shelton was also quite the entrepreneur - founding several painting companies, forming stock clubs, and creating and editing newsletters.  After retiring he worked in security and was a dispatcher for Lenoir County Emergency Services.

Being a grandpa came naturally to Shelton (PaPaw), and he was instrumental in shaping the lives of his grandchildren.  Shelton authored an autobiography entitled “A Life of Pleasure” in which he shared many stories from his life.  Shelton was also a devoted husband and diligently cared for his wife in times of health and sickness.  He was much admired by his family, became a quick friend to everyone he met and was always more concerned about others than about himself.  He would greet any plate of bbq with a big smile, and he continued to practice farming by growing collards and other produce throughout his life.
Shelton loved painting houses and he also painted the lives of everyone that came into contact with him.  His ultimate testimony was the best one - his example of a life committed to the service of his Lord.

The family would like to thank the many caregivers that have been part of Shelton’s life in recent years for their kindness and compassionate care - especially the wonderful staff and accepting community of America’s heroes at the NC Veterans Home.

The funeral service to honor Shelton will be July 15, 2022 at 2:00 PM at the Seagrove Christian Church 434 E. Main Street Seagrove, NC with Rev Bo Wansley officiating. Burial will follow in the church cemetery and the family will receive friends in the cemetery after the committal service.  Military honors will be provided by the Randolph County Honor Guard.  A gathering of family and friends will also be held on Saturday, July 23, 2022 at 1:00 pm at Tabernacle Free Will Baptist Church,1003 W. New Bern Road in Kinston, NC.

To order memorial trees or send flowers to the family in memory of Shelton Dee Brock, please visit our flower store.

Following the Committal Service at the grave