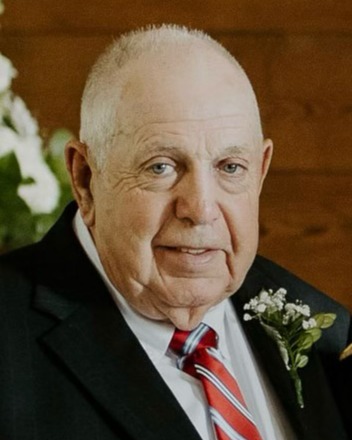 Richard Lewis Hunt, age 83 of Asheboro, passed away on Thursday, October 20, 2022 at the Hinkle Hospice House in Lexington.

Richard was born in Randolph County on August 17, 1939 to Clifford and Eliza Jane Gallimore Hunt. Richard graduated from Farmer High School in 1959 and loved to fox hunt. He was a die-hard New York Yankee and NC State Wolfpack fan. He worked for Bossong Hosiery and later worked for and retired from Energizer. Richard attended New Union United Methodist Church. He had a very giving heart and loved his grandchildren and great grandchildren beyond measure. In addition to his parents, Richard is preceded in death by his wife, Shelby Hunt; six brothers, and two sisters.

A funeral service will be held on Saturday, October 22, 2022 at 1:00 pm at New Union United Methodist Church, 1293 Union Church Rd., Asheboro with Rev. Lynn Cash and Rev. Dave Cash officiating. Burial will follow the service in the church cemetery. After the conclusion of the burial, the family will receive friends in the church fellowship hall.

The family would like to give a special thank you to the nurses, staff, and doctors at Crossroads Memory Care Unit and the Hinkle Hospice House. They would also like to specifically thank his caregivers, Ellen Parnell and Joy Schmack for all the love and care they provided for Richard.

To order memorial trees or send flowers to the family in memory of Richard Lewis Hunt, please visit our flower store.

Visitation in the church fellowship hall