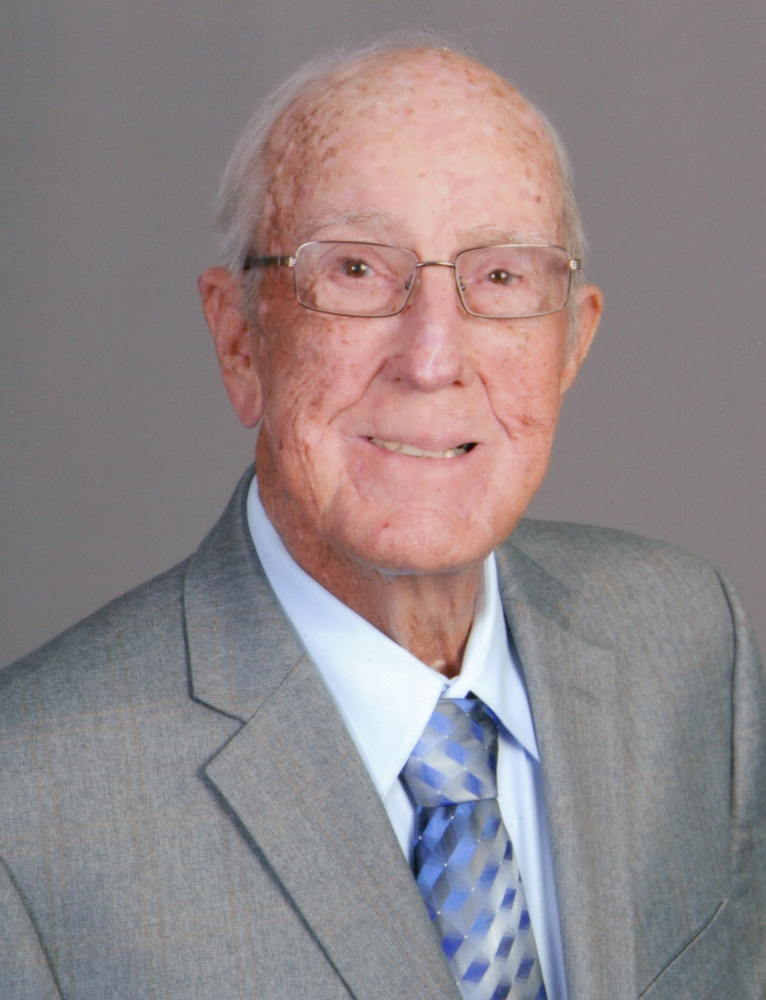 R.E. 'Spec" Hoffman, age 92, of Asheboro passed away on Sunday, January 10, 2021 at Moses H. Cone Memorial Hospital. Mr. Hoffman was born in Rowan County on April 29, 1928 to Romulus Elmer and Gertrude Godwin Hoffman. He attended Asheboro High School. Spec served in the U.S. Army from 1950-1954 in the Infantry Division. He served in combat in Korea and was a member of the Active Army Reserves for 13 years. After being discharged from the Armed Services he began a 69 year career in 1952 in the automobile business. He went to work for Barden Cadillac/Oldsmobile until Spec opened his own dealership in 1960 with Leonard Ingold, operating Hoffman and Ingold Auto Sales at its present location. He later changed the name to Spec Hoffman Auto Sales in 1980. His sons continue that business today and were able to work along side of him for many years. He was the owner/president of Spec Hoffman Auto Sales, Inc., and Hoffman Rental and Leasing and Hoffman Express Lube. He was a member of the National Independent Auto Dealers Association. Spec was a member of the Carolinas Independent Auto Dealers Association, where he served as Vice-President at Large, and on the Executive, Membership, and Properties Committees, as well as serving on the 1983-1990 Board of Directors, as the 1986-1987 Region 3 Director, and as President in 1991. He was awarded the 1986-1987 Region 3 Quality Dealer Award, and was active in building and membership committees, and helped to organize a fishing tournament and Hurricane Hugo Disaster Relief Fund. He was the 1989 CIADA Quality Dealer for North and South Carolina. Spec was inducted into the CIADA Hall of Fame in 2001. Spec was a member of First Baptist Church from 1942 to the present, where he was a member of the T.E.L. Sunday School class, served of the Board of Ushers, and was a Royal Ambassador Boys Leader. He was a life member and past president of the Asheboro Civitan Club. He is survived by his wife, Pearl Hill Hoffman; sons, Jeff Hoffman (Angie) of Asheboro and Bobby Hoffman (Kim) of Asheboro; grandchildren, Dylan and Whitney Hoffman; and sister, Doris Allred (Branson) of Ramseur. Mr. Hoffman's body will lie in repose on Tuesday, January 12, 2021 from 11:00 am-5:00 pm at Pugh Funeral Home, 437 Sunset Avenue in Asheboro. A graveside service will be held on Wednesday, January 13, 2021 at 2:00 pm at Randolph Memorial Park with Dr. Scotty Carpenter and Dr. John S. Rogers and Rev. Mark Hall officiating and with military honors by the Randolph County Honor Guard. The graveside service will be livestreamed on the Pugh Funeral Home Facebook page. The family requests that attendees to the service bring their own personal chairs and mask are required due to COVID19. Memorials may be made to the Carolinas Independent Auto Dealers Scholarship Fund, 5643 Harrisburg Industrial Park Dr., Harrisburg, NC 28075 or First Baptist Church Senior Adults Class, 133 N. Church St., Asheboro, NC 27203.
To order memorial trees or send flowers to the family in memory of R. E. "Spec" Hoffman, please visit our flower store.