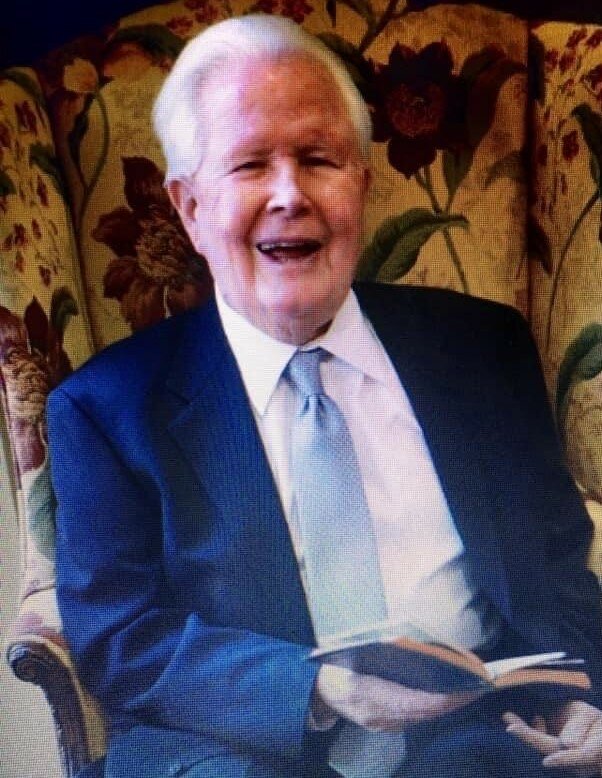 Phillip E. (Gene) Bumgarner, 89, of Seagrove passed away Friday, November 19, 2021 at Randolph Hospice House.  In addition to his parents, Gene was preceded in death by brothers: Clyde, Bill, “Boots”, Sonny and sisters Lucille, Frances and Darlene.  He was also preceded in death by a daughter Lisa Bumgarner Briles.

Mr. Bumgarner was born in Taylorsville, NC on October 19, 1932 to Ralph and Mamie Bumgarner.  Gene was a graduate of Seagrove High School and Coyne Electrical School in Chicago, Illinois.  He was a veteran of the US Army.

Gene owned and operated Electronic Service Company in Asheboro for forty years.  In recognition of his volunteer work with Randolph Hospice, Gene received the WFMY-TV “To Those Who Care” Award which recognized special volunteers in the Piedmont Triad area of North Carolina.  Mr. Bumgarner and his wife Betty were also volunteers for Meals on Wheels until his declining health.

He was a life-long member of Seagrove Christian Church serving as a Deacon, Sunday School teacher and on numerous committees.  Gene is survived by his wife of 65 years Betty of the home, daughter Beverly Beck (Stan) and son-in-law Strader Briles both of Asheboro.  He is also survived by four grandchildren Kent Beck (Margaret), Joshua Beck both of Asheboro, Allison Winters (Drew) of Greenville, NC and Strader Allen Briles II (Reanna-fiancee) of Denton, NC.  In addition, he is survived by three great-grandchildren:  Emerson and Charlotte Beck and Elise Winters.

Gene will lie in repose at Pugh Funeral Home in Asheboro on Sunday, November 21 from 1 to 6 PM.  Funeral services will be held on Monday, November 22, 2021 at 2:00 PM at Seagrove Christian Church with Rev. L.D. Pritchard officiating.  Burial will follow in the church cemetery.

The family would like to extend a special thank you to the care givers who provided attention to Gene over the last several years.  Also, the care given by Randolph Hospice House was exceptional.

To order memorial trees or send flowers to the family in memory of Phillip E. (Gene) Bumgarner, please visit our flower store.

Burial in the Church Cemetery