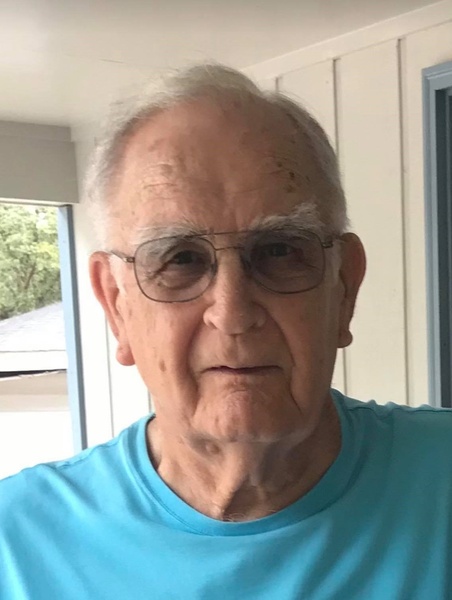 Otis Clyde Adams, 90, passed away on June 10, 2021, in Oak Island, NC. Clyde was born in Reidsville, North Carolina to Otis and Annie Carter on September 1, 1930. He married Opal Sue Foust on July 4, 1952. They were happily married for 67 years until her passing in December of 2019. Clyde served in the United States Navy and Coast Guard before returning home to care for his family after his father's passing. The majority of his career was spent with the United States Postal Service where he retired after twenty years. Clyde and Sue relocated to Oak Island, North Carolina. He continued to work various jobs and served as a deacon at Shoreline Baptist Church in Southport, North Carolina. He was dependable, a best friend to many, and will be missed and thought of fondly by all that knew him. In addition to his parents, Clyde is preceded in death by his wife, Opal Sue Adams, and his daughter, Rebecca Lynn Adams. Clyde is survived by his brothers, Marvin Adams, Sam Adams and his wife, Susan Adams; daughters, Brenda Gale Hackett, Bonnie Sue Morrow and her husband, Ronald Morrow; grandchildren, Ryan Beasley, Dustin Beasley, Adam Morrow and his wife, Whitney Morrow, and Emily Morrow; great-grandchild, Wyland Gene Morrow. His family will receive friends on Friday, June 18, from 12 p.m. to 1 p.m. at Pugh Funeral Home, 437 Sunset Avenue, Asheboro, NC. Funeral services will follow in the Pugh Funeral Home Chapel with Mike Thompson officiating. Burial will be in Guilford Memorial Park in Greensboro, NC.
To order memorial trees or send flowers to the family in memory of Otis Clyde Adams, please visit our flower store.