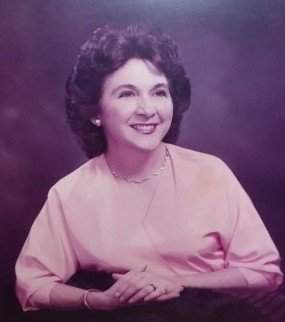 Neal Skeen Garner Branson passed away on Good Friday, April 2, with her family at her side at Clapp’s Nursing Home in Asheboro, NC. Mrs. Branson will lie in repose on Tuesday, April 6 from noon-5:00 pm at Pugh Funeral Home in Asheboro, NC. A graveside funeral service to celebrate her life will be held on April 7, at 11:00 am at Oaklawn Cemetery in Asheboro, NC with Pastor Gary Mason officiating the service. Pugh Funeral Home in Asheboro is serving the Branson family. Please share remembrances and condolences at Pugh Funeral Home - Tributes Neal Skeen Garner was born on September 13, 1929 in Denton, NC. She grew up in Asheboro NC and graduated from Asheboro High School in 1947, where she met and later married Merton “Mutt” Branson. She and Mutt moved to Chapel Hill where she supported him while he attended UNC and NC State Graduate School. They returned to Asheboro where she worked for Corky Marly, CPA and Steadman Corporation, while Mutt became the president of Randolph Community College. Neal was always on trend wearing the most stylish clothes, and accessories whether she was going to church, grocery shopping, riding her bike, bowling, playing bridge, line dancing or taking her daily walk at Oaklawn Cemetery. She always looked years younger than her age thanks to her love of life, daily exercise and healthy living. Please honor her this week by taking a walk with your family or riding a bike and enjoying the beauty of spring. ‘There is a road, no simple highway, between the dawn and the dark of night. And if you go, no one may follow, that path is for your steps alone.’ - Robert Hunter. She is survived by her sons; Rockford and wife Wendy, and Eric Branson all of Asheboro; grandchildren Britini (Mark) Antonelli) and 2 great-grandchildren, Richmond, VA, and Erica Branson, Charlotte, NC; nieces Christy McKenzie (Larry), Asheboro, NC and Rickey Lee (Kenneth) Shepherd, Gibsonville, NC; nephews Mackie (Rebecca)Garner, John David Garner, and Dennis Garner all of Asheboro; Bo (Lori) Chriscoe, Gastonia, NC and Cody Garner, AR. Neal was preceded in death by her husband, Merton H. “Mutt” Branson and her siblings, Donald Garner, Ruby Lee, Ann Chriscoe and Michael Garner. Neal was a dedicated member of Central United Methodist Church in Asheboro, NC and was blessed with the support of her family, bridge club, and special friends Ann Trogdon, Libby Clapp and Joan Redding who continued to call and support her during her time at Mountain Top and Clapp’s Convalescent Nursing Home. Thank you to the staff at Clapp’s for your excellent care and unwavering support while she was a resident. In lieu of flowers, the family requests that donations be made to honor her to Central United Methodist Church, Balfour Baptist Church, or charity of your choosing.
To order memorial trees or send flowers to the family in memory of Neal Skeen Garner Branson, please visit our flower store.

Mrs. Branson will lie in repose