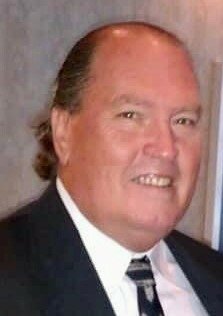 He was born on October 3, 1950 in Asheboro to Talmage and Mattie Belle Redding.  Michael was a 1969 graduate of Asheboro High School where he was known as ‘Moose’ and was co captain and all state in both wrestling and football.  His love of high school sports remained with him throughout his life. Mike was instrumental in starting and supporting local baseball leagues and high school wrestling teams.  He was often seen at all types of athletic events cheering for his local high schools, family athletes, and his Mighty Blue Comets!

One of Mike’s life mottos was ‘Work Hard/Play Hard’.  He had a lifelong career with Carolina Power and Light.  He loved his work, was a dedicated mentor to the next generation of engineers and linemen and made and kept friendships that he considered his family.  Michael played hard also.  He was an active member of the shag dance community never missing an S.O.S., dancing at his favorite shag clubs, even teaching lessons and competing in a few shag competitions.

Everyone who knew Mike knew that he also ‘Loved Hard’.  He was a friend to all he met.  Mike never missed an opportunity to help a friend in need, chat on the phone, give solid and honest advice, and let people know he loved them.  He knew life was precious and short and spent as much time as he could with his friends, family and grandchildren.  He was passionate about his grandchildren and made every effort to spend as much time as possible with them, letting them individually know how special they were and he took great pleasure in watching them work hard at their individual sports.

Michael had a deep connection to the ocean.  His love of surf fishing carried through with him his entire life.  Some of his greatest friendships were cultivated seaside.

To order memorial trees or send flowers to the family in memory of Michael J. Redding, please visit our flower store.