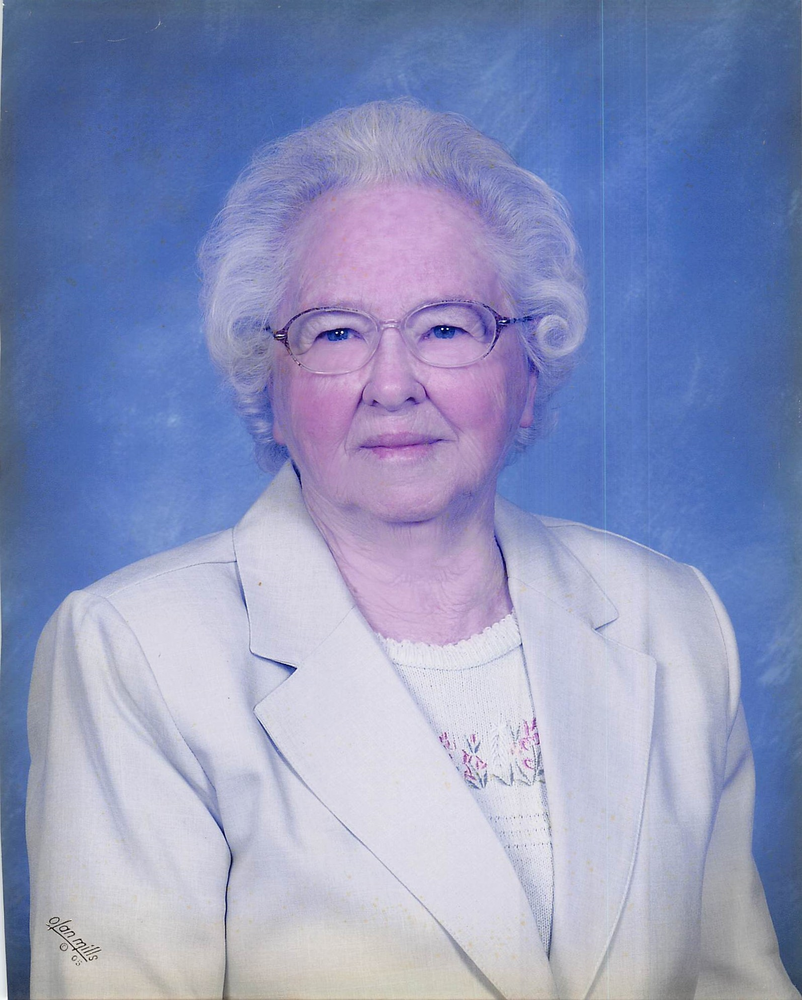 Lottie Mae Inman Stevenson, age 95, of Randleman, NC died Monday, December 21, 2020, at Clapp's Convalescent Nursing Home in Asheboro. Lottie will lie in repose from 10:00-1:00 Wednesday, December 23, 2020 at Pugh Funeral Home, 600 S. Main St., Randleman. A graveside service and celebration of her life will follow at Randolph Memorial Park in Asheboro, at 2:30 pm with Pastor J. Arnold Luther officiating. Mrs. Stevenson was a native of Surry County. She was born in Pilot Mountain, NC on March 18, 1925. She was the daughter of the late John Ira Inman and Hessie Mae Bennett Inman. She was one of six children. In addition to her parents, Mrs. Stevenson was preceded in death by her husband, Charles William Stevenson. She was also preceded by her brother, Bobby Inman, her sister, Betty Johnson, her daughter in law, Evelyn Stevenson, her son in law, Barry Helms and her great granddaughters, Kylie Helms and Chloe Stevenson. Lottie moved to Randolph County with her family as a teenager and was a lifelong resident of Randleman, NC. Lottie was a faithful member of Midway Wesleyan Church where she served on several committees of the church and helped with the youth group. She was a homemaker and a retired textile employee from Adorable Hosiery Mill. She enjoyed gardening, sewing, cooking and keeping the grandchildren. She was also known for cooking weekly family dinners. These dinners included a countertop full of food because she always tried to include everybody's favorite dish. She is survived by four children, Billy Stevenson of Randleman, Dale Stevenson and wife Susan of Asheboro, Karen Frazier and husband Sam of Trinity, Diane Helms of Asheboro; twelve grandchildren, twenty two great grandchildren and four great, great grandchildren. She is also survived by her sisters, Mrs. Frances King and husband, Curley of Archdale, Mrs. Ruth McElreath of Archdale, Mrs. Doris Sheets of Asheboro and brother, Mr. John Inman of Randleman. The family particularly wishes to thank the staff of Clapp's Convalescent Center for their care in Lottie's final years. Condolences may be made online at www.pughfuneral-home.com Arrangements by Pugh Funeral Home of Randleman. Memorials may be made to Midway Wesleyan Church, 331 Worthville Rd., Randleman, NC 27317.
To order memorial trees or send flowers to the family in memory of Lottie Mae Stevenson, please visit our flower store.