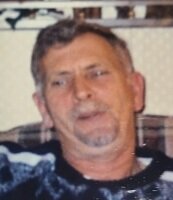 Mr. Furr was born in Moore County on April 7, 1951 to Lonnie Angus and Mary McCrimmon Furr.  Lonnie served his country in the U.S. Army and was employed as a construction worker.  In addition to his parents, Lonnie was preceded in death by his siblings, Ruby Campbell, Hank Williams Furr, David Lee Furr, Barbara Higgins, and Steven Daniel Furr.  Lonnie enjoyed collecting baseball memorabilia and watching NASCAR.

No services are planned at this time.  Inurnment will be held at Salisbury National Cemetery on Wednesday, January 12, 2022 at 11:00 am.

To order memorial trees or send flowers to the family in memory of Lonnie Angus Furr, Jr., please visit our flower store.