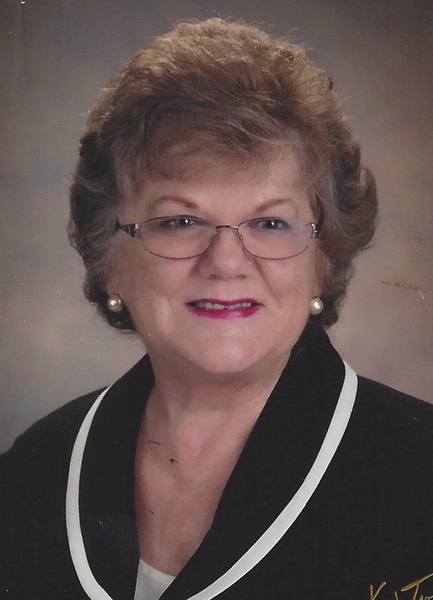 Our beloved mother, wife, sister, and friend left her family her on earth on Friday, August 13, 2021 to join those who have passed before her. LaVonne Stout Oertel, of Dunn, NC, was born on August 1, 1941 to Reece Moffitt Stout and Chole Evelyn Cox of Asheboro, NC. She was a 1959 graduate of Asheboro High School and attended the Medical College of Virginia. She met and married Fritz H.E. Oertel, Jr. in 1960. When their fourth child became two years old, LaVonne returned to school and eventually obtained her RN in the state of Maryland. She worked for several years in the hospital, then taught the nursing assistant program with Job Corps, where she received the Outstanding Instructor Award in 1981. Later, she worked for the Department of Corrections in the Medical/Psyche Unit. While living in London, England 1985-1988, LaVonne acted as a liaison for the US Department of Defense employees seeking permanent housing in the Greater London area and also did volunteer work with the Imperial Cancer Society. In 1989, LaVonne and her husband moved to Tokyo, Japan for a few years, where she taught conversational English, did volunteer work with Army Community Services, and was a very active member of the Officer Wives Club. LaVonne loved helping others and traveling. In her later years she spent many hours on her hobbies of genealogy research and doll collecting. She also thoroughly enjoyed fishing, boating, nature walks, and gardening. She is survived by Fritz H.E. Oertel, Jr. her husband of 60 years, one daughter, Angela Adam of Willow Springs, NC, a son, Jeff Oertel of Aberdeen, MD, a son, Bruce Oertel of AZ, four grandchildren, and four great-grandchildren. She is also survived by one nephew, Michael Doyle Stout of Asheboro, NC. LaVonne was preceded in death by her youngest son Scott Alexander Oertel and her brother Doyle Reece Stout. A graveside service will be held Saturday, August 21, 2021 at 11:00 am at Oaklawn Cemetery. Memorials may be made to the Mental Health Association, 995 Worthington Street, Springfield, MA 01109. Pugh Funeral Home in Asheboro is serving the family.
To order memorial trees or send flowers to the family in memory of LaVonne Ruth Stout Oertel, please visit our flower store.