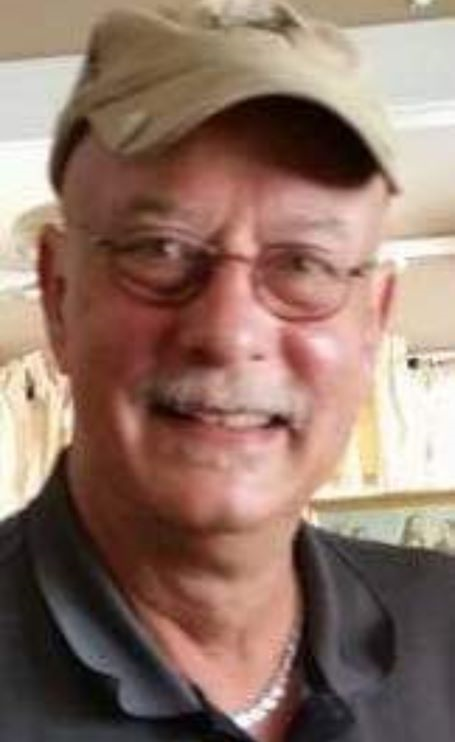 Joe Terry Jr passed away on March 3, 2021 at the age of 74, at home in Asheboro NC. His battle with advanced cancer in recent months rallied his family to give him the loving care and attention that he had shown each of them since the very start. Joe fought the good fight with optimism and hope always for a "few more good days." Even while in and out of hospitals, doctor's visits and treatments, the evidence of kind and good human beings taking care of him - Joe stayed strong through his love for Jesus Christ and that 'force of nature' wife of his, Gloria. Retiring from over 30 years of service at Union Carbide/Eveready/Energizer, Joe Terry got his second wind working for the City of Asheboro and finally one last retirement. He loved to play the game of golf and talk the game of golf, not so much watching the game of golf. Joe and Gloria loved to travel and see all the sights in God's beautiful creation. He earned his stripes as front yard semi-professional family picture taker and videographer through many years of holidays, birthdays and annual blooming of the dogwoods to capture his growing family in their fancy Sunday best. It was with the greatest of appreciation that he enjoyed a made from scratch home cooked meal, really good sweet tea and his loyal dog Angel who rescued Joe after the loss of his beloved Nettie. Joe was comfortably situated as the second in a lineage of 4 Joseph Ray Terrys. Preceded in death by his father-in-law Jerry Pickard, mother-in-law Thelma Ann Pickard and brother-in-law Mark Pickard. His father, the first Joseph Ray Terry - whom most called Ray; a most special Aunt Hallie and Uncle Charlie who all shared in raising Joe in Salisbury/Burlington NC where he was born on October 21, 1946. Joe is survived by his beautiful wife of 55 years Gloria; sister-in-law Brenda Brady (Donnie); sister-in-law Missy Pickard; daughter Wendy Terry Holland (Warren) and son Joseph Ray Terry III who goes by Joey (Jody); brother Jeff Terry (Carol) of Chapel Hill. He was a proud Papaw to Ann Marie Harper of New Bern NC, Scott Harper (Lori), Joseph Ray Terry IV known as J.R and the final in the series of JRTs, Lacy Terry Carter (Sean) of Cary NC, and Seth Harper as well as his 8 great grand-children Logan, Natalie, Brinley, Kylee, Chandler; Josie Terry; Isabelle, Rhett and Callum Carter and cherished long-time family friend Grey Graham. This family was his greatest source of joy and the biggest contributing factor to his early onset of gray hair that eventually gave up and rendered him mostly bald. He loved them all nonetheless. A funeral service will be held on Saturday, March 6th, 2021 at 11:00 AM at Rives Chapel Baptist Church, Siler City with Rev Trip Foltz, Rev Wayne Eller officiating. Burial will follow at Rives Chapel Cemetery. The family will receive friends following the burial. For the safety of all please follow Covid-19 protocols. The family asks everyone to wear a mask and practice social distancing. There is a huge debt of gratitude to Hospice of Randolph for the tremendous gift of making it possible for Joe to be home with his family in these final days. And while we all mostly feel like there is never enough time, it was in the 'showing up' for each other in the end that gave the most amazing grace. Memorials may be made to: Rives Chapel Church, Faith Community Church, Hospice of Randolph. Pugh Funeral Home in Asheboro is serving the Terry family.
To order memorial trees or send flowers to the family in memory of Joseph Ray Terry, please visit our flower store.