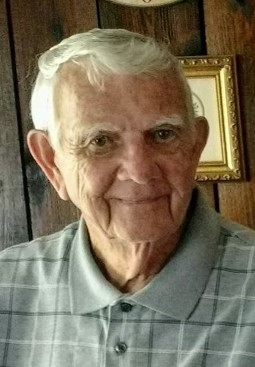 Joseph "Joe" Hillard Cannon, Jr., age 87, of Asheboro passed away on Monday, December 28, 2020 at Green Valley Hospital in Greensboro. Mr. Cannon was born in Montgomery County on September 25, 1933 to Joseph and Ellie Britt Cannon. He was a 1953 graduate of Asheboro High School. Joe served his country in the U.S. Army during the Korean War, serving in Germany. He was the owner of Cannon Re-Capping and retired from the City of Asheboro. Joe loved his church, West Asheboro Baptist Church, where he was a member for 50 years and served as a deacon. In addition to his parents, Joe was preceded in death by his sister, Rita Manor. He is survived by his wife, Shelby Trotter Cannon; son, Randy Cannon (Sharon) of Asheboro; daughters, Karen Raines (Jerry) of Asheboro and Bernadette Lambeth of Asheboro; 6 grandchildren; 10 great grandchildren; several step grandchildren; sister, Dixie C. Hayes of Asheboro; brother, Tony Cannon (Jackie) of High Point; and several nieces and nephews. Joe's body will lie in repose on Saturday, January 2, 2021 from 9:00 am-1:00 pm at Pugh Funeral Home, 437 Sunset Avenue in Asheboro. A graveside service will be held on Saturday at 2:00 pm at Oaklawn Cemetery, 737 Albemarle Road in Asheboro with Rev. Samuel K. Hicks and Mickey Maness officiating. Memorials may be made to West Asheboro Baptist Church, 831 Uwharrie Street, Asheboro, NC 27203.
To order memorial trees or send flowers to the family in memory of Joseph Hillard "Joe" Cannon, Jr., please visit our flower store.

Joe's body will lie in repose