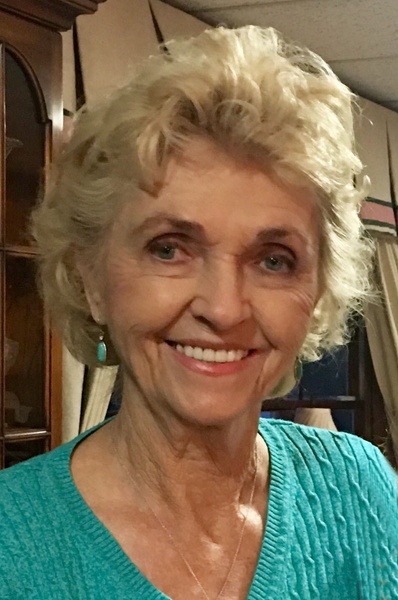 Joanne Scott Morgan, 86, of Asheboro, passed away at her home on Thursday, June 24th. She was born on December 16, 1934 to Burgess and Grace Scott, the second of six children. After graduating from Asheboro High School in 1953, she married Ronald G. Morgan to whom she was married for over 61 years. Joanne enjoyed being a member of the Green Thumb Garden Club and was a natural at making anything she touched more beautiful. She worked for Dr. Ralph Kilpatrick in his dental practice for several years, then at age fifty she and her dear friend, Lee Bimbo, started Olde Towne Deli which became an Asheboro community favorite. Joanne’s southern charm and Lee’s quick business mind made for a successful pair. Joanne was a member of Oakhurst Baptist Church. She enjoyed her special friendship with Rhett (their sweet rescue dog) and said that he ended up rescuing her by providing love and constant companionship over the recent years. Joanne is survived by her four children: Pam Morgan Bimbo and husband Steve of Asheboro; Keith Morgan of Asheboro; Ronda Morgan of Asheboro, and Jennifer Morgan Boroughs and husband David of Badin, NC. She has seven grandchildren: Laura Bimbo Smith and husband Matt of Cincinnati, Ohio; Matthew Morgan and Lindi Kistler of Chapel Hill; Steven Bimbo and wife Megan of Charlotte; Rebekah Boroughs of Atlanta; John Bimbo of Asheboro; Kristen Brantley and husband Daniel of Advance, and Georgia Morgan. She also has six great-grandchildren: Luca and Liliana Smith, Luxley and Rook Morgan, and Eloise and Stokes Bimbo. She is also survived by her siblings: Dot Key, Jimmy Scott and wife Anita, Linda Mann and husband Ronnie, and Billy Scott and wife Aquila, and sister-in-law Nell Scott. She was preceded in death by her husband of 61 years, Ronald G. Morgan, and brother, David Scott. The family will receive friends Sunday, June 27, 2021 from 1:30 to 2:30 pm at Pugh Funeral Home, 437 Sunset Avenue, Asheboro, NC. The funeral will be held following at 3:00 pm in the Pugh Funeral Home Chapel with the Reverend Dr. Keith Hudson of Oakhurst Baptist Church officiating. Burial will follow at Oaklawn Cemetery. In lieu of flowers, memorial donations may be made to either the Juvenile Diabetes Research Foundation (online at www.JDRF.org or to JDRF, 200 Vesey Street, 28th Floor, New York, NY 10281) or to Oakhurst Baptist Church, 2225 S. Fayetteville Street, Asheboro, NC 27205.
To order memorial trees or send flowers to the family in memory of Joanne Scott Morgan, please visit our flower store.