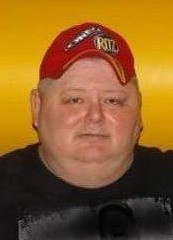 Jeffery was born on July 21, 1965 in Asheboro, NC, the son of the late James Cleveland Corum and Georgia Irene Lamb Corum.  He married his wife Tracey Corum on October 12, 1986 in Asheboro, NC.

Jeffery was a very hard worker and enjoyed spending quality time with his family.  He loved going on family trips to the beach and spending his Sundays watching the race with his son and grandchildren.  His grandchildren were his world and he loved spending time with them every chance he got.

On line condolences may be made to www.pughfuneralhome.com.

To order memorial trees or send flowers to the family in memory of Jeffery Lynn Corum, Sr. (Slugger), please visit our flower store.