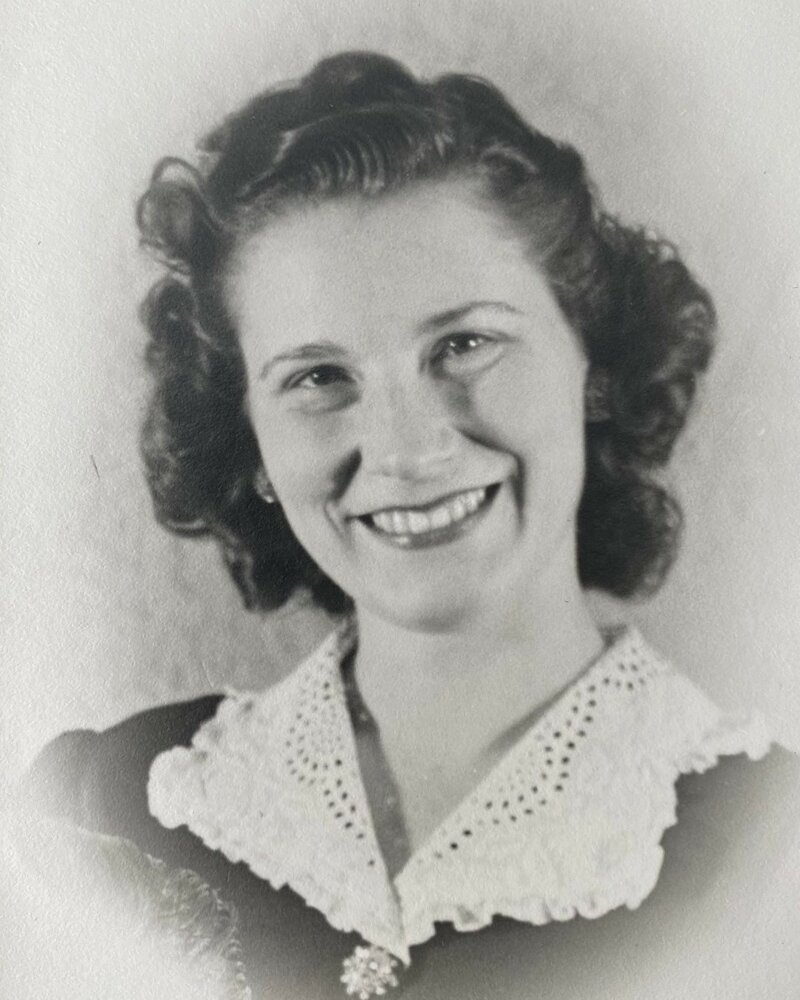 JANIS BABCOCK JOHNSTON MASON Janis Mason, 104, passed away on March 12, 2022. Born on November 11, 1917, in Des Moines, Iowa (her father was temporarily working there), she was raised in Omaha. A graduate of the University of Nebraska at Omaha, she had a lifelong passion for art. Her family understood she had phases: Her oil painting phase, ceramics phase, needlework phase. When she hit the needlework phase, she stayed with it until macular degeneration set in. She traveled the country teaching and developed a national reputation, particularly with metal work and petit point.

She married Robert E. Mason just five months before Pearl Harbor, who preceded her in death in 1993. After Bob’s death she moved to Asheboro in 2001 and spent the next 21 years collecting friends and charming folks. She was also preceded in death by her parents, Mabel Hirtes Johnston and Albert George Johnston of Omaha. She is survived by her children Judi Mason Stohlmann (John) of Benbrook, Texas, Robert A. Mason (Ann) of Asheboro, North Carolina, and Debra Mason Gardner (Ken) of Thousand Oaks, California, as well as grandsons, Erik Stohlmann (Paulette), Rob Stohlmann (Suzanne), Scott Stohlmann (Cindy), and Bobby Mason, four great grandsons, Austin, Andrew, Zakary, and Ethan Stohlmann, and one great granddaughter, Cameron Stohlmann, and about five million friends.

Her grandson, Bobby Mason, wrote from his heart and it tells it all:

I never asked Grammy what the secret to a long life was. Definitely seems like a major fumble on my part, considering she had a 104-year-long life. But I think that if I had, I know what the answer would’ve been:  “I can’t get enough of it, darling.”  That was her secret. She loved life. She loved her family- her children, grandchildren, and great grandchildren, all of whom made it clear they loved her too. She loved art. Making art, teaching about art and art history, and inspiring people to feel the same way she did about art-it’s no coincidence I make my living behind a camera lens. She loved storytelling. Reading, telling stories about her life, and telling stories about the people she cared about. She loved margaritas. Shockingly, even more than I do! I think this roughly translates to: She loved to cut loose. Which naturally means she loved laughing. I’m really not that funny y’all, but she laughed at every cheap joke I made to her. She laughed every time she was around any of her three kids, too. Must run in the family. And most of all she loved people. Earlier today I overheard Dad talking to one of the many people who loved her, who astutely said, “Well, she never met a stranger.” She was authentically herself to every single person she met. So, here’s a toast -

Who uncompromisingly saw life as beautiful,

Who never met a stranger in her life,

Who deserved every moment of the century she got,

May we use every bit of inspiration you gave us. Peace, prosperity… there’s no doubt that will follow.  Rest In Peace, Grammy. I miss you already.

To order memorial trees or send flowers to the family in memory of Janis Babcock Johnston Mason, please visit our flower store.

Episcopal Church of the Good Shepherd