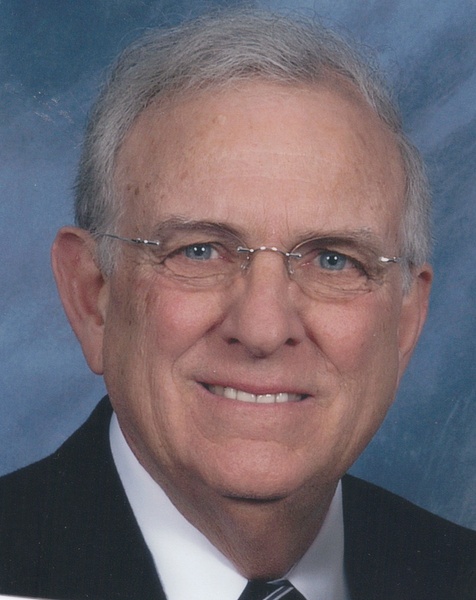 Henry Gibbons Loy, Jr., age 78, of Asheboro passed away on Tuesday, November 24, 2020 at Randolph Hospice House. Mr. Loy was born in Durham, NC on January 11, 1942 to Henry Loy, Sr. and Iris Ausley Loy. He was a 1960 graduate of Williams High School and attended Elon College. Henry served his country in the U.S. Army Reserves and was a member of First Baptist Church where he served as an usher and on several committees. Henry retired from GMAC after 30 years and following retirement, he was employed with Randolph Bank and Marketplace-Community One where he was Branch Manager. He was a member of Asheboro Masonic Lodge #699 and was a past officer of the Asheboro Kiwanis Club. Henry always coached during his children's childhood. In addition to his parents, Henry was preceded in death by his brother, William Herbert Loy. He is survived by his high school sweetheart and wife of 56 years, Julia "Judy" Jones Loy; son, David Gibbons Loy of Burlington and Sunset Beach; daughter, Dionne Loy Fortner (Glenn) of Clayton; grandson, Henry "Hank" Charles Fortner of Clayton; sister, Elizabeth Loy Puckett of Columba, Missouri; and several loving nieces and nephews. Henry's body will lie in repose on Saturday, November 28, 2020 from noon-4:00 pm at Pugh Funeral Home, 437 Sunset Avenue in Asheboro. Funeral services will be on Sunday, November 29, 2020 at 2:00 pm at First Baptist Church, 133 North Church Street in Asheboro with Dr. Scotty Carpenter and Dr. John S. Rogers officiating. Burial will be held on Monday, November 30, 2020 at 11:00 am in the Pine Hill Cemetery in Burlington. The family asks that attendees adhere to social distancing and wear masks. Memorials may be made to First Baptist Church, 133 North Church Street, Asheboro, NC 27203.
To order memorial trees or send flowers to the family in memory of Henry Gibbons Loy, Jr., please visit our flower store.

Henry's body will lie in repose