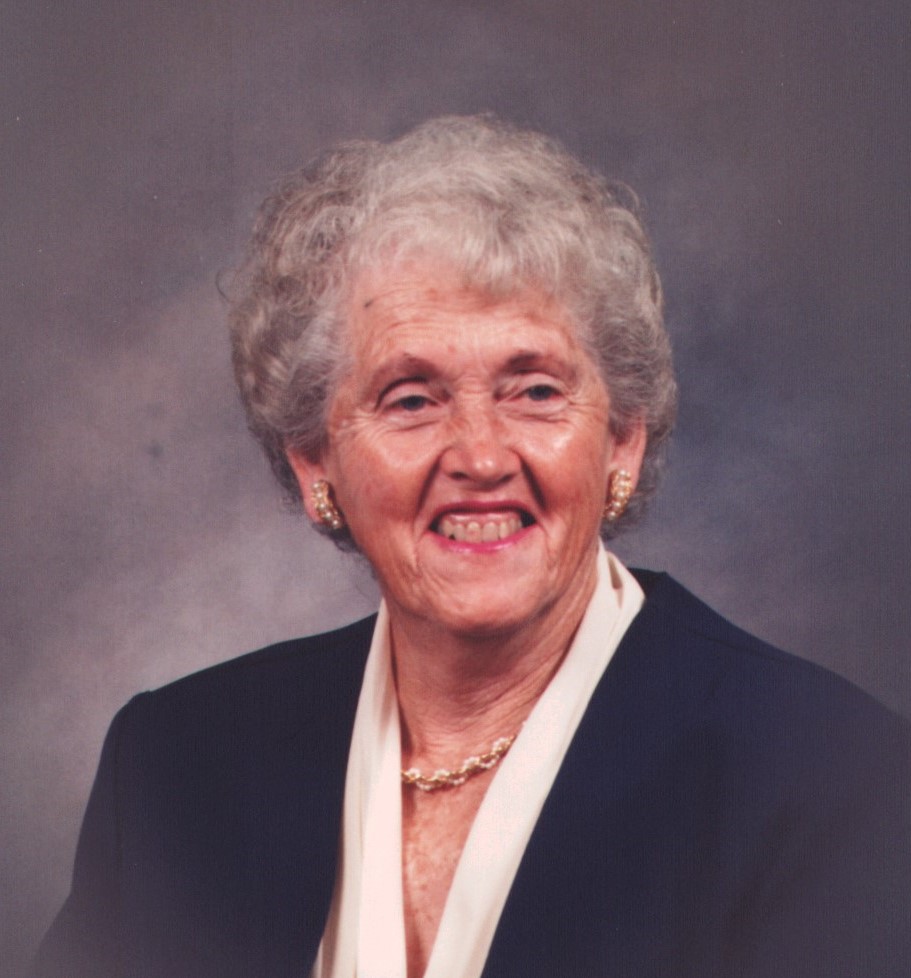 Hazel was born on September 14, 1919 in Yadkinville, NC, and was the daughter of the late Wiley Frank Hoots and Viola Gentry Hoots of Asheboro.  She had five sisters who predeceased her, including Stella Chrisco, Pansy Graham, Lula Copeland, Elva Russell and Margaret Freeman. Hazel was the youngest.

Hazel graduated from West End high school in 1936.  In 1942, she married Wilson Henry Wiley, who was in the Army Air Corp. She owned and operated Dutchess Beauty Salon while Wilson was a POW during WWII.  After Wilson came home, they owned and operated Wiley’s Grocery on Cox St., and later Wiley’s Supermarket on Albemarle Road in Asheboro. Hazel had a full and active life. She loved to work outside, planting and growing beautiful flowers. She enjoyed rug-hooking, and won first place at the NC State Fair for one of her beautiful creations.  She loved taking trips, shopping and was always ready to go on an adventure!

Hazel was a devout Christian, and she and her husband, Wilson, were charter members of Cross Road Baptist Church in Asheboro. She was active in every aspect of church life and development. She worked in the nursery and in the kitchen for many years, went on mission trips, and was always visiting and showing love and concern for others.

Hazel is survived by her son Dan (Sharon), two grandsons Nick (Taylor) and Stephen (Gracie), and six-week-old great-grandson Daniel. She also leaves behind many beloved nieces, nephews, extended family members and friends. The family wishes to thank Clapp’s Nursing Home and Hospice of Randolph for their excellent and kind care of Hazel for the past few years.

Funeral service will be held on Saturday, May 21st at 11:00 am at Cross Road Baptist Church, 1566 Old Cox Road, Asheboro, with the Rev. Dr. Brandon Powell and the Rev. Dcn. Stuart Fitzpatrick officiating.
Burial will follow in Oaklawn Cemetery, Asheboro.

To order memorial trees or send flowers to the family in memory of Hazel Hoots Wiley, please visit our flower store.