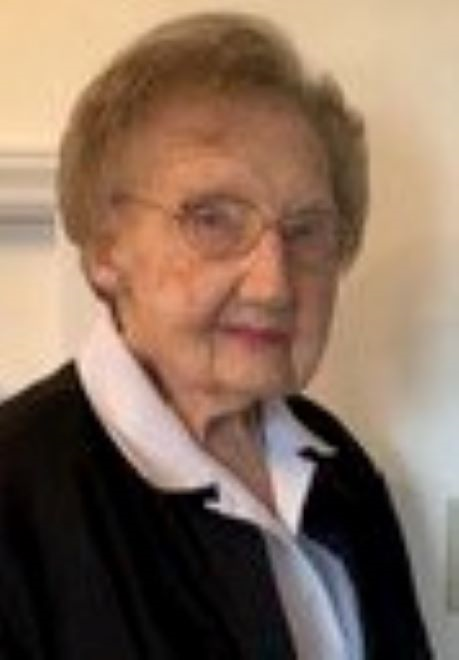 Hazel Craddock McCollum of Asheboro passed away on Thursday, January 14, 2021 at the age of 92. She was born in Reidsville, NC and has been a resident of Crossroads Retirement Community for the past eight years. She is predeceased by her parents Jesse W. and Dora Evans Craddock; her beloved husband of 64 years, Turner Balsley “Bill” McCollum, Jr.; son-in-law, Ron W. Jones; sister-in-law, Betty Craddock; and niece, Deborah Craddock Knight. Mrs. McCollum is survived by her loving family: son Turner Balsley “Billy” McCollum, III, of Kensington, Maryland and granddaughters Franny and Tessa McCollum and their mother Sarah Kobrin of Gaithersburg, Maryland; son Warren and wife Kitty McCaskill McCollum of Hillsborough, NC and granddaughter Lindsay McCollum Farling and husband Stewart Farling of Chapel Hill NC; daughter Tabby McCollum Jones of Greensboro, NC and granddaughter Lori Muse, husband Will Muse and great granddaughter Camille Muse of Jamestown, NC; brother, Harry Craddock of Reidsville, NC, and nephew, Steve Craddock and family of Cornelius, NC. Mrs. McCollum retired from Asheboro City Schools where she worked as a teacher’s aide at both South Asheboro Middle School and Balfour Elementary. She especially enjoyed spending time with her family, cooking and canning, playing the piano by ear, adorning her porch with flowers, hosting Christmas church parties in her home, and she had an amazing gift of engaging people in conversation. She was a current member of First Baptist Church in Asheboro, a devoted Christian and active in her church. Over the years, she served as Training Union director, taught Sunday School and was a member of WMU. Mrs. McCollum’s body will lie in repose on Sunday, January 17, 2021, from 11:30 a.m. to 1 p.m., at Pugh Funeral Home, 437 Sunset Avenue, Asheboro NC. A graveside service will follow on Sunday at 2 p.m., at Oaklawn Cemetery, with Dr. Scotty Carpenter and Reverend Tom Benedict officiating. The family would like to express their appreciation to many of Mrs. McCollum’s friends, especially Peggy Sherrill, Carolyn Abernathy and Rebecca Chapman who have loved and supported her over the years. They would also like to thank the professional staff at Cross Roads Retirement Community and Hospice of Randolph County for their support and special care. In lieu of flowers, donations may be made to Hospice of Randolph County, 416 Vision Drive, Asheboro, NC 27203 or First Baptist Church, 133 N. Church Street, Asheboro, NC 27203.
To order memorial trees or send flowers to the family in memory of Hazel Craddock McCollum, please visit our flower store.