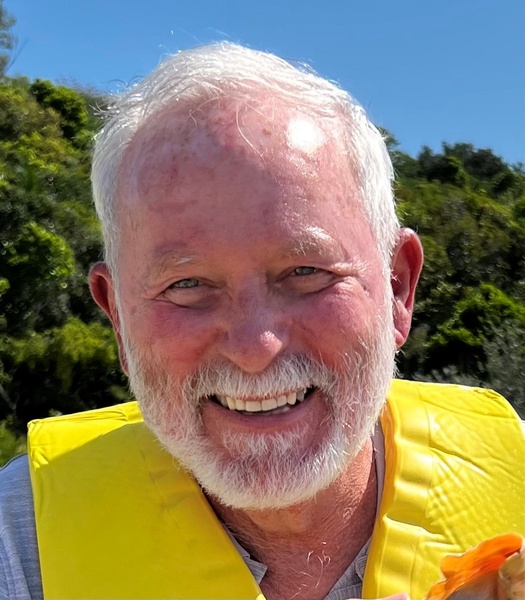 Harrell Rolan Hamilton, age 71, of Asheboro, passed away unexpectedly and entered into the portals of his heavenly home on Saturday, June 18, 2022.

Harrell was born on September 15, 1950, in Randolph County to John Earl Hamilton and Ila Mae Bunting Hamilton, the youngest of eight children.

He was a Christian husband, Daddy, son, brother, and a friend, but his favorite role was that of PawPaw to his three grandchildren. Harrell was a graduate of Asheboro High School and a U.S. Army veteran who served from 1970-1973 in the Green Beret Special Forces where he was also a paratrooper. Harrell then was a student and an instructor at Randolph Technical Institute (now RCC) where he earned several certificates and he eventually retired from Thomas Built Buses as an engineer. He was a faithful member of First Christian Church in Ramseur where he loved leading the students in game time in the AWANA (Approved Workmen Are Not Ashamed, II Timothy 2:15) program and helping in the kitchen for many events as a member of the Fellowship Hall Committee. He loved his church family and especially his friends in Phil Cook’s Sunday School Class. Harrell never met a stranger. He loved collecting Disney pins, making walking sticks, and spending time with his family. He enjoyed NASCAR, yard sales, star gazing and teaching others about the stars and the night sky, collecting rocks from places he traveled, and walking miles and miles every morning. Mostly, Harrell loved his children and grandchildren and felt it an honor to be very involved in all of their lives.

A funeral service will be held Saturday, June 25, 2022, at 11:00am at First Christian Church, 1381 Church Street, Ramseur, NC with Pastor Garry Arnett, Phil Cook, and Dr. Brandon Powell officiating. Military honors will be provided by the Randolph County Honor Guard.

A private family burial will be held at a later date in Oaklawn Cemetery.

Please share your remembrance and condolences with Harrell’s family at: www. pughfuneralhome.com.

To order memorial trees or send flowers to the family in memory of Harrell Rolan Hamilton, please visit our flower store.