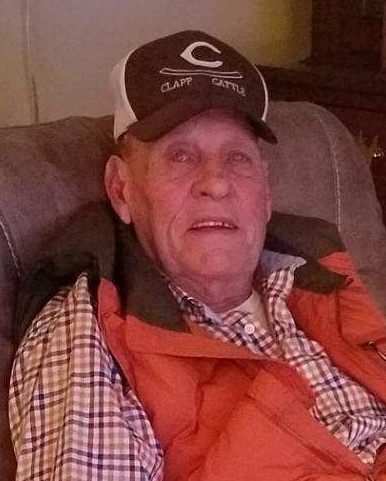 George Donald "Don" Clapp, age 81, of Asheboro passed away on Friday, July 9, 2021. Mr. Clapp was born in Guilford County on August 25, 1939 to George and Mary Riley Clapp. Don moved to Asheboro in 1959 where he, along with his wife, operated Clapp's Nursing Home. He was a founding member of the East Side Fire Department, serving as Fire Chief for two decades, and remaining on the board for another two decades. Don was a former member of First E&R United Church of Christ where he served as deacon. His hobbies included racing and farming and his favorite thing to do was ride to the farm every day to check out everything. Don was a true family man, loved his community, and never met a stranger. Everyone that knew Don knew that he was a character and he was also a straight shooter. He would give you an answer to any question you had, even if it wasn't always what you wanted to hear. Don is survived by his sons, Eric Clapp of Seagrove, Keith R. Clapp of Seagrove, and Kevin W. Clapp (Lynn) of Seagrove; his daughters, Denise Clapp Campbell of Asheboro and Donna Clapp Crisco (Jeff) of Asheboro; 16 grandchildren; 5 great grandchildren; and his longtime girlfriend, Patie Styne of Asheboro. Don's body will lie in repose on Sunday, July 11, 2021 from 2:00-5:00 pm at Pugh Funeral Home, 437 Sunset Avenue in Asheboro. A private graveside service will be held at the Pleasant Garden United Methodist Church Cemetery with Jacob Clapp officiating. In lieu of flowers, memorials may be made to the NC Zoological Society, 4403 Zoo Parkway, Asheboro, NC 27205
To order memorial trees or send flowers to the family in memory of George Donald Clapp, please visit our flower store.

Don's body will lie in repose