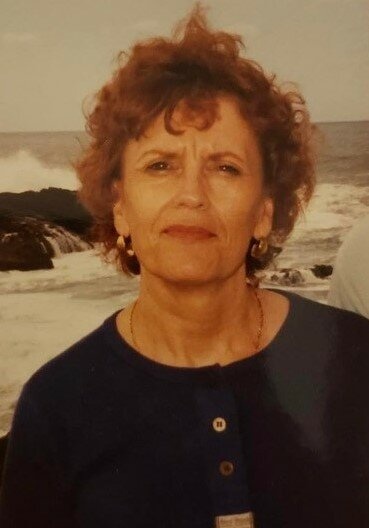 Florence Berneda Trotter “Flo”, 83, completed her journey here on earth after an extremely tough battle with cancer. She died February 28, 2022 at Randolph Hospice House in Asheboro, surrounded by her family.

Flo was born April 7, 1938, in Denver, Colorado to Dale and Berneda McMurtrey. She was one of six siblings. Flo later married and had six children. She was employed by Commonwealth Hosiery in Asheboro for 30+ years as a seamstress and was later promoted to a supervisory role. She was incredibly devoted to her children and often worked many long hours to provide for them.

Flo enjoyed playing golf, reading, collecting dolls, gardening, line dancing and traveling with her father and her friends. What brought her the most joy was spending time with her family and faithful companion-her pet chihuahua, Emma. She felt they were her greatest blessings. She very much enjoyed the holidays, decorating and baking for her family. She looked forward to everyone being together, catching up on what was going on and sharing memories of the past.

Flo attended Rich Fork Baptist Church in Thomasville, NC until COVID and cancer prevented her from doing so. From that point, she continued spending time in the Word and watching televised sermons.

The family is planning a private service to be held at a later date.

In lieu of flowers, memorials may be made to Hospice of Randolph and/or Wounded Warriors and Special Olympics-two organizations she supported was passionate about.

To order memorial trees or send flowers to the family in memory of Florence Berneda "Flo" Trotter, please visit our flower store.