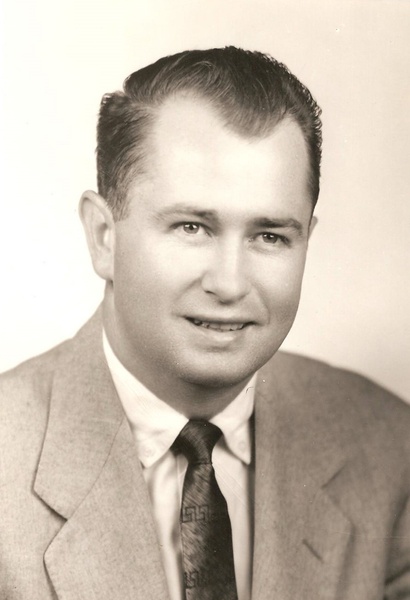 It is with great sorrow that the family of Ed Brown reports his passing on July 4, 2021 at the Transitions LifeCare facility in Raleigh, NC. Ed was born on September 14, 1929 in High Point, NC to Julius Alfred Brown and wife, Esther Irene Dibble. On August 22, 1950 he married Ola Mae Gregson of Randolph County, NC. Through nearly 71 years of marriage they nurtured and provided beautiful lives for their children and grandchildren. Ed recently had a visit with his first great-grandchild. For that opportunity the family is thankful. During WWII Ed's family lived in Greensboro. He collected metal for the war effort and, with friends, stood on a street corner handing out magazines to truckloads of service men heading for the Greensboro USAAF Basic Training Center that opened in 1941. He kept a map where he marked the locations of all the major military action in Europe. In his retirement years he made it a priority to visit the battlefields of WWI and WWII which he had read so much about. Ed attended Greensboro High School (now known as Grimsley) where he was active on the school newspaper staff. He spent his freshman year of higher learning at Guilford College but transferred to UNC Chapel Hill for the remainder of his education. Ed was the first in his family to attend college and worked several jobs in order to pay for his own education. He saved money by thumbing rides between his home in Greensboro and Chapel Hill. He was proud of his UNC degree and enjoyed following their successes in football and basketball. His university education was interrupted by service in the US Navy on the USS Wisconsin in late 1950 but he returned to UNC Chapel Hill to earn his B.S. degree in Business Administration. After graduation he began his lifelong job with Southern Bell/BellSouth in Charlotte, NC. In 1957 a promotion to Forecaster required a relocation to Raleigh, which became his permanent home. There he was an active and valued member of Longview United Methodist Church, serving on church committees, helping to maintain the building, and working in the church cafeteria stall at the NC State Fair. Ed was also active with several non-profit organizations which included the Raleigh Jaycees. He worked at the voting poles for many years as Precinct Judge. Ed enjoyed Bridge, Scrabble, classical music, history, and science. Intelligent and charitable, he was a do-it-yourself hard working man who was constantly gathering knowledge on a wide range of subjects. A generous man who freely shared his knowledge, time, physical energy, and worldly goods with many. Because of the Great Depression he came from a poor background and that gave him a strong drive to help others in need. After his retirement in 1987 from BellSouth Ed indulged in his desire to travel domestically and internationally as much as possible. He loved his family and his wife's family. His grandchildren were his dividend for a life well lived. Ed was preceded in death by his parents and two sisters: Julia (Mrs. J. C. Troxler, Jr) and Vera (Mrs. Alfred Devoy Miller, Sr.). Surviving are his wife, son Steve Brown (Lynn), daughter Lynette Hudspeth (John), granddaughter Carly Howie (Hank), grandson Mitchell Brown, and great-grandson Hugh Howie. The family expresses their most sincere thanks to the staff of Morningside of Raleigh where Ed spent almost three years prior to his final journey. You added value to his senior years. We also extend our deepest appreciation to Rex Hospital, Sunnybrook Rehabilitation Center, Hillcrest of Raleigh, and Transitions LifeCare for the respectful care given to Ed and his family during his last months. A private graveside service for family will be officiated by Pastor Kevin Rollins at Providence Friends Meeting, 2054 Providence Church Road, Pleasant Garden, NC 27313 on Thursday, July 8, 2021 at 11:00am. Donations may be made to the American Heart Association at www.heart.org or to Providence Meeting at www.providencefriendsnc.org.
To order memorial trees or send flowers to the family in memory of Edward Alvin Brown, please visit our flower store.