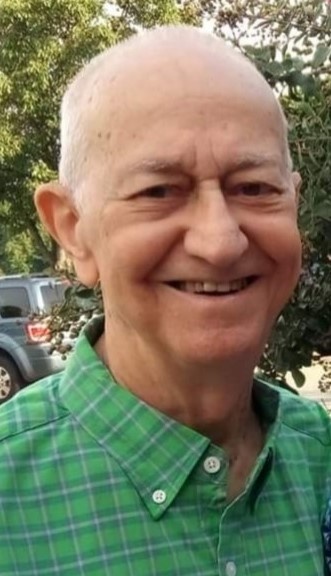 Dwight Bynum Story, age 91, of Thomasville passed away on Wednesday, February 3, 2021 at Hospice Home at High Point after a courageous 8-year battle with multiple myeloma. Mr. Story was born in Watauga County, NC on December 29, 1929 to Carnie Harold and Lena Hannah Storie. He was a 1948 graduate of Blowing Rock High School and earned his BS and Master's degrees in elementary education from Appalachian State University. Dwight served his country for four years in the U.S. Air Force during the Korean Conflict. He was very active in his church, Wesley Memorial United Methodist Church in High Point, where he was a former children's Sunday school teacher, was a member of the Administrative Board, and organized and led many senior trips. Dwight was a retired educator. He was a member of NCAE and a member of NCRSP where he held many offices, including past State President. Dwight was an active member of both the local and state Republican Party and was inducted into the NC Republican Hall of Fame. In addition to his parents, Dwight was preceded in death by his sisters, Edith Storie Miller and Melba Storie Watson. He is survived by his wife of 66 years, Sally Kivett Story; daughters, Amy S. Burns (John) of Archdale and Cynthia S. Tobin (Keith) of Thomasville; grandchildren, Tyler Tobin (Erica) and Cory Tobin (Alex) and Laura and Carol Burns; great grandchildren, Haiden, Tinley, Teagan, and Griffin Tobin; sisters, Suma S. Aldridge (Jay) of Boone and Delores "Tommie" S. Hampton (Barney) of Boone; and brother, Keith H. Story of Easley, SC; and numerous cousins, nieces, and nephews. The family wishes to express a special thank you to Dr. Bernard Chinnasami and his staff at the Hayworth Cancer Center and to Dr. Peter Voorhees and nurse Beth at the Levine Cancer Institute. Mr. Story's body will lie in repose on Sunday, February 7, 2021 from 1:30-4:00 pm and on Monday, February 8, 2021 from 9:00 am-1:00 pm at Pugh Funeral Home, 437 Sunset Avenue in Asheboro. Due to COVID-19 restrictions, a family service will be held on Monday at 2:00 pm at Oaklawn Cemetery with Dr. Jeff Patterson officiating and with military honors by the Randolph County Honor Guard. Memorials may be made to Wesley Memorial United Methodist Church, 1225 Chestnut Dr., High Point, NC 27262 or Guideposts of Strength, Inc., P.O. Box 5236, High Point, NC 27262 or Appalachian State University Foundation, 553 Blowing Rock Rd., Boone, NC 28607.
To order memorial trees or send flowers to the family in memory of Dwight Bynum Story, please visit our flower store.