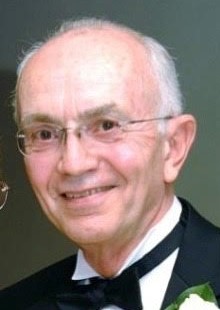 Dr. Joseph Robert Mannino, age 80, died Wednesday, April 20, 2022.
Joseph Robert Mannino was born May 6, 1941 in Altoona, Pennsylvania to Joseph and Helen (Menza) Mannino.  He received his bachelors in physiology from Juniata College in 1963 and then his Masters from East Carolina University in 1965.  He obtained his medical degree (DO) from Kansas City University in 1971 and his PhD from Colorado State University in 1974.  He married Rosemary in 1978.
Throughout his long career he loved to teach medicine as well as practice it.  He has been the director of medical education at several institutions in several states.  He has taught medical students and he has run family practice residency training programs. His last location of practice was in South Florida until he retired.  He remained in South Florida until 2017 when he moved to Asheboro, North Carolina to be closer to family
Survivors include one daughter, Dr. Angela Mannino (Dr. Samuel Keith) of Asheboro; two grandchildren, Oliver and Rose; and one grandpuppy, Sadie.  He was preceded in death by his wife Rosemary and his parents.
Funeral service will be held Friday, April 22, 2022 at 10:30 am at St. Joseph Catholic Church, 512 W. Wainman Ave., Asheboro with Father Phillip Kollithanath officiating.
In lieu of flowers, the family asks that memorials be directed to St Joseph Catholic Church in Asheboro.
Pugh Funeral Home in Asheboro is serving the family.

To order memorial trees or send flowers to the family in memory of Dr. Joseph Robert Mannino, Jr., please visit our flower store.