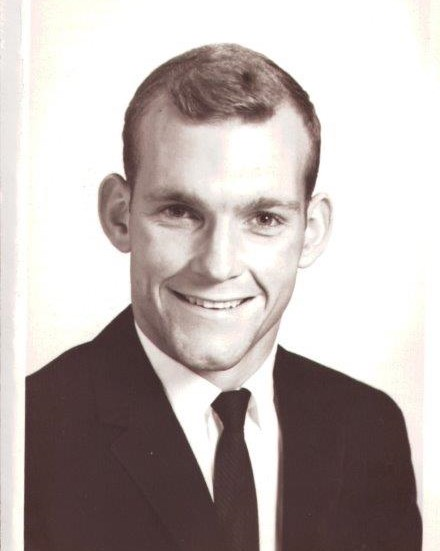 Dr. Glenn Alton Dawson, Jr., 78, of Asheboro, NC, passed peacefully at his home on June 2nd surrounded by his loving family after a 3-year battle with Alzheimer's. Glenn was born on December 23rd, 1942, in Baltimore, Maryland, to Glenn A. Dawson, Sr. and Sadie Bulla Dawson. In 1961, Glenn graduated from Asheboro High School where he was part of the 1958 football team that won the state championship under Coach Lee J. Stone. He then went on to earn an undergraduate degree from Lenoir Rhyne College, a master's degree from UNC Chapel Hill, and a doctorate degree from George Peabody College. All degrees were in the field of exercise physiology and education. After college, Glenn taught at Wake Forest University and UNC Charlotte. He then dedicated his skills to work in the areas of cardiac rehab, orthopedic rehab, and adult fitness. During his career he was published in several medical journals and was a guest columnist for the Courier Tribune and Randolph Guide. He loved working with senior citizens and volunteered countless hours coaching the Randolph County Senior Games for over 20 years. After retirement, Glenn enjoyed working in his workshop where he made one-of-a-kind wooden toys for which he was featured on Roy's Folks. He was a lifelong exercise enthusiast and loved cycling, golfing, canoeing, disc golf, and working out at the Y. He adored his 4 grandsons and relished the time spent with them. In 1969, Glenn met his future wife, Alice Dagenhart, through a mutual friend at Lenoir Rhyne. They wed in 1970 and went on to have two children, Aaren and Laurel. Alice was the love of his life and this August they would have been married 52 years. Glenn was predeceased by his parents and brother, Tyson Dawson. He is survived by his wife, Alice Dagenhart Dawson, daughter Aaren Dawson Toney (Will) of Greenville, NC, four wonderful grandsons, Jordan, Garrett, Nathan, and Eli Toney of Greenville, NC, daughter Laurel Brett Dawson of Asheboro, NC, and a host of the kindest, most faithful friends and extended family. The family is forever grateful to their friends and Hopewell Friends Meeting family for their undying love and support over these few last difficult months. This man was the strongest, bravest, kindest, most giving husband, father, and grandfather there ever was. The void left by his absence will never be filled. As is written in 2 Timothy 4:7, he fought the good fight, he finished the course, he kept the faith. In one final act of giving and in keeping with his lifelong pursuit of higher learning, Glenn has donated his body to MedCure for medical research and teaching. A service of remembrance will be held Saturday, June 26, 2021 at 3 P.M. at Hopewell Friends Meeting, 2244 Hopewell Friends Road, Asheboro, NC 27205. In lieu of flowers, please consider a donation to Hospice of Davidson County so others can receive the most precious gift of dying in comfort and peace.
To order memorial trees or send flowers to the family in memory of Dr. Glenn Alton Dawson, Jr., please visit our flower store.

A Service of Remembrance