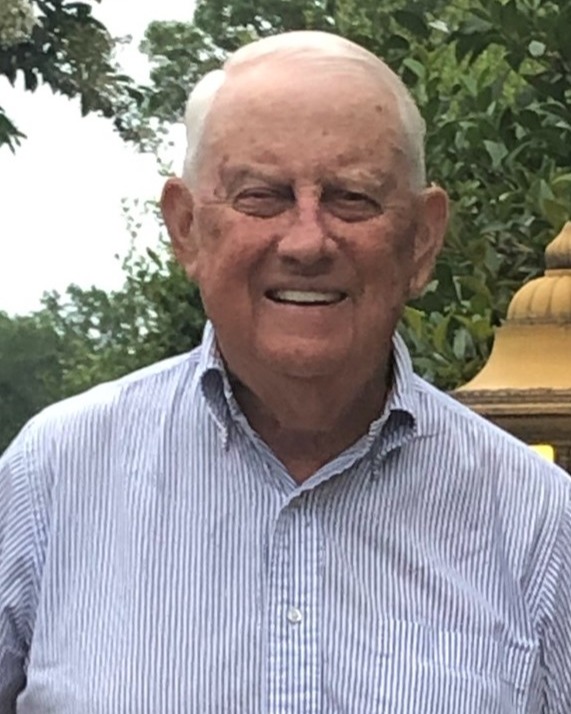 He was preceded in death by his brother Royster Simpkins of Giles County, VA and brother Victor Simpkins of Indian Valley, VA.
He graduated from Willis High School and joined the Army’s 101st Airborne Division known as the Screaming Eagles, where he excelled in administrative skills working for a Major stationed in Germany.  After discharge, he returned to Virginia, met and married his wife and started a shipping job at Klopman Mills in Dublin, VA. He was promoted to a position in New York City and obtained a business degree from Rutgers University. Soon he was made head of the Transportation Division located in Asheboro. As Klopman Mills transitioned into Burlington Industries, Demi became Director of International Transportation, traveling to Europe, Asia and Mexico during his 47 years with the company.  He particularly liked Ireland, as the landscape reminded him of his native Virginia and the people were as friendly as Southerners.

He was an avid gardener, nurturing vegetables on his farm in the Blue Ridge mountains and delighted in sharing the bounty with friends and family. In good weather, he loved to play golf and had achieved three holes-in-one. In cold weather, he would be found in his workshop building birdhouses, particularly to save the bluebirds’ migration route. He took joy in giving his creations away.

He was a great storyteller and loved to tell jokes. He thought Two-Buck Chuck was the best invention ever.  He was the patriarch of the family, the keeper of generations of history, and a faithful friend to many, performing acts of kindness of which most people were unaware.

In lieu of flowers, donations may be sent to Indian Valley, VA, Rescue Squad, to the nonprofit Pilot Light (www.pilotlightchefs.org) or to the Republican Party.

To order memorial trees or send flowers to the family in memory of Demi G Simpkins, please visit our flower store.