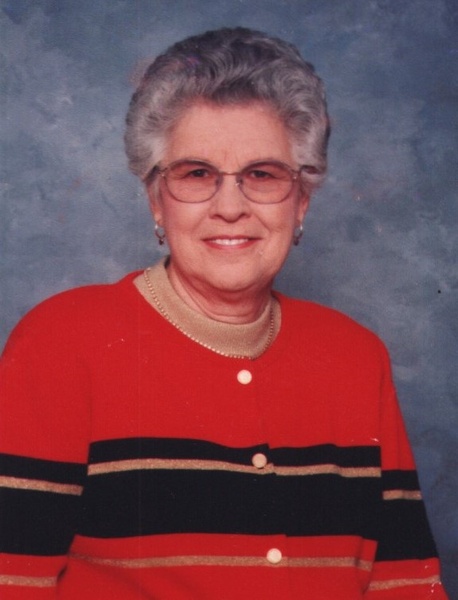 Claris Faye Brown York, age 91, of Randleman, passed away Sunday, May 2 at Westchester Manor in High Point. Mrs. York was born in the Steeds Community of Moore County on May 11, 1929 to Orlendo P. and Louella Cole Brown. She married Harvey Lee York on September 8, 1949. Mrs. York was a faithful member of Central Falls United Methodist Church as long as her health permitted. She taught Sunday School and participated in Children's Ministries for over sixty years. A Sunday School class at the church was named in her honor because of her devotion to serving children. Mrs. York was a former owner of Central Bakery in Asheboro. Following her retirement, she dedicated many hours volunteering at nursing homes and other senior services throughout Randolph County. Because of her time spent volunteering, she was selected to be a torch bearer for the 1996 Summer Olympics as the torch was carried through Greensboro on its way to Atlanta. In addition to her parents, Mrs. York was preceded in death by her husband, Harvey Lee. She was also predeceased by her brothers, Nolan, Lloyd, and Floyd Brown; her sister, Verlene Brown Cagle; and her twin sister, Iris Brown Rollins. Mrs. York is survived by her daughters, Carolyn York Cooke (Jack) of Winston Salem and Lorraine York Hayes (Jimmy) of Trinity. She is also survived by four grandchildren, Chad Cooke (Holly) of High Point, Adam Hayes (Ashley) of Grier, SC, Clay Cooke (Bekah) of Winston Salem, and Sarah Hayes (Will) of Wake Forest. She has twelve great-grandchildren. A Celebration of Life service for Mrs. York will be held at Randolph Memorial Park on Monday, May 10 at 11:00 am with Dr. Chad Cooke and Dr. Clay Cooke officiating. Visitation will follow the service and interment will be at Randolph Memorial Park. Memorials may be made to Central Falls United Methodist Church, 1436 Pennsylvania Avenue, Asheboro, NC 27203. The family wishes to express its deepest gratitude to Westchester Manor in High Point for the love and care given to Mrs. York during her residence there. Pugh Funeral Home in Asheboro is serving the York family.
To order memorial trees or send flowers to the family in memory of Claris Faye Brown York, please visit our flower store.