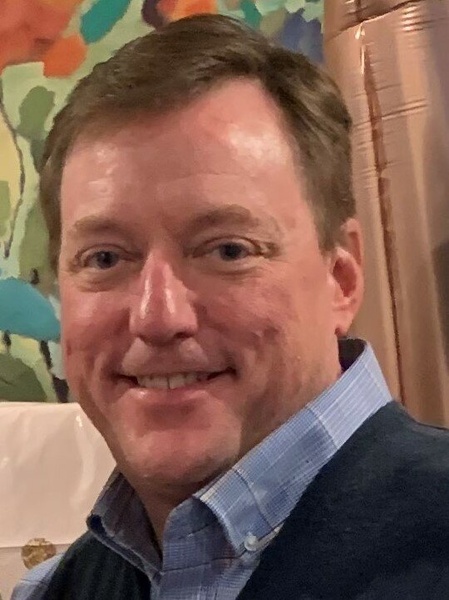 Christopher “Chris” Lee Griffin, 51, of Asheboro, NC was called home to his Lord and Savior on Friday, February 4, 2022.

Chris was a kind, generous, trustworthy, loyal and faithful man. His love for his friends, community and clients was surpassed only by his love for God and his family.  One of Chris’s greatest gifts was his ability to make everyone feel comfortable, important, secure and loved. He was the calm in a storm, always taking as much time as needed to help someone navigate a difficult situation. He had a remarkable ability to not only show empathy, but actually feel and express it so that people felt important and loved.  Chris’s wit was unmatched.  In the midst of many situations, he would frequently throw in a one liner that could bring the house down.  He loved to make people happy and had a special talent for saying the right thing at the right time.

Chris and his brother founded Advisors Financial Center in 1995. His dedication to his profession was profound. He never considered it work, but rather saw it as a calling.  His ability to remember details about his clients and their situations was a true gift. He could recite an entire client’s family tree in seconds.   Chris would often say that while many advisors loved the business, the difference for him was he loved his clients. He strived every day to make sure each and every person served felt important, appreciated, secure and loved.  When someone trusted their investments with Advisors, Chris invested his talent, heart and soul into their family.

Chris lived and exemplified the passage “To whom much is given, much will be required.” As a very young boy, he was cured of a disease his family was told would take his life before the age of 10.  He never forgot that his Lord cured him.  In every decision he made, he always considered how he could pay forward the blessing received.   His involvement and dedication to his community was amazing. He willingly gave of his time, talent and gifts to numerous organizations. He served on numerous boards and committees. Perhaps the most beautiful part of his community involvement was the things he did anonymously, never seeking any recognition but giving directly from his heart because he truly loved and cared for all those God gifted into his presence.

Without a doubt, the only failure of Chris’s strong, big, beautiful heart occurred physically on February 4th when his Lord called him home.

In addition to his parents, Neal and Libby Griffin, Chris is survived by his wife of 17 years, Stacy Roddy Griffin, his two precious daughters, Lucy and Jessie, his brother Neal Griffin III and his sister Deanna Clement (Matt) and many other loving family members.  He was predeceased by his oldest brother, Marty Griffin and his brother-in-law, Joe Doub.

In lieu of flowers, we respectfully request memorials be made to the US Charitable Gift Trust referencing the #lovelikelaura Charitable Foundation or the Christopher Lee Griffin Charitable Foundation, both of which will use funds to bless others in the memory of two precious souls gone way too soon. Donations may be sent to Advisors Financial Center, 928 Sunset Avenue, Asheboro, NC 27203.

“There are some who bring a light so great to the world that even after they have gone, the light remains.”

To order memorial trees or send flowers to the family in memory of Christopher Lee Griffin, please visit our flower store.