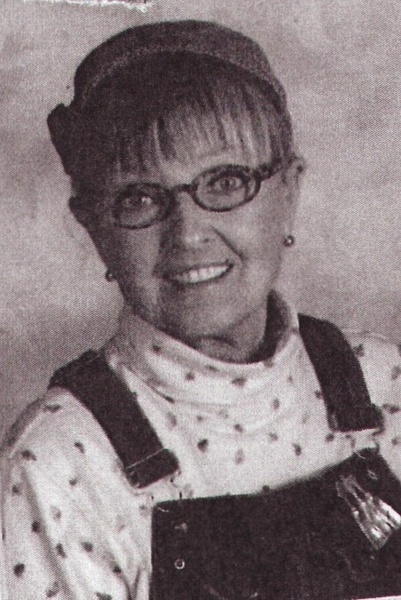 Brenda Ruth Suggs Powers entered into the presence of her Lord and Savior Jesus Christ on Thursday, July 28, 2022.

She was born April 22, 1943 at Barnes & Griffin Clinic, Asheboro to the late Price Adam and Hattie Owenby Suggs.  She was the granddaughter of the late Bessie Suggs Richard.

Brenda was also preceded in death by the love of her life, Joel Monroe Powers after 59 years of married life.

She loved her family and delighted in telling her grandchildren stories of growing up as an only child who loved to entertain herself with art.  At age 3 she completed her first finger painting on the kitchen windows using the soft butter left on the table for which she received a serious "hickory switching."

Brenda graduated from Asheboro High School where she received "Most Outstanding Business Student" award at graduation.

Upon graduation she married Joel and they began their adventurous life together.

Brenda was selected Asheboro City Schools Teacher of the Year 92-93.  In 1995 she went to John Lawrence Elementary in Archdale and Farmer Elementary in Farmer, retiring after 32 years in Education.

Brenda loved Art, loved her students and loved teaching and she and her husband loved to travel.  She traveled several times to Europe and to museums all over the world and she shared many exciting adventures with her students.

She was an active member of Oakhurst Baptist Church having taught Sunday School, was a Youth Sponsor with her husband, was Youth Director, taught G.A.'s and served on several committees and was a member of WMU.  She loved her Lord and tried to service others.

Brenda loved the beach and she spent many happy hours with her family and friends and with her grandchildren at their family cottage on Oak Island.

She will greatly missed by her wonderful family and friends but we rejoice that she is in the presence of her Lord and we hope to be reunited someday.

The family will receive friends on Wednesday, August 3, 2022 from 11:30 am-1:30 pm at Pugh Funeral Home, 437 Sunset Avenue in Asheboro.  A graveside service will be conducted by Rev. Rob Roberts at Oaklawn Cemetery on Wednesday at 2:00 pm.

To order memorial trees or send flowers to the family in memory of Brenda Suggs Powers, please visit our flower store.