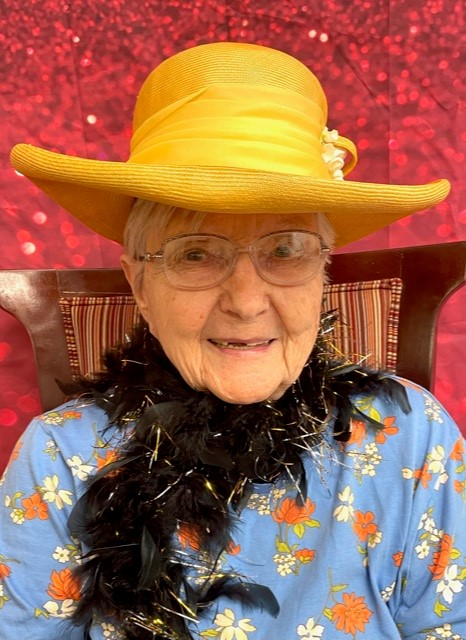 Bobbie Jean Alcorn Booker of Asheboro passed away on Thursday, August 19, 2021. She was 89 years old.

Bobbie Jean was born August 18, 1932 to John Alfred and Mabel Bennett Alcorn. Bobbie and her identical twin sister, Jeanette, were the youngest of seven children and grew up in Rockingham County near Reidsville, where her father owned a farm and raised tobacco. The twins were both energetic and inseparable. Her family attended Fairview Baptist Church, and it was there she met her husband of 69 years, Carlton Gene Booker. He briefly dated her twin sister first, but the chemistry and his future were with Bobbie Jean. Their love and commitment were a shining example for all.

Gene and Bobbie Jean were married on June 9th, 1951. In the coming years, the Lord would bless them with four daughters. In time, their family further grew to include four sons-in-law, nine grandchildren, and ten great-grandchildren. Bobbie was fiercely loyal and protective of her family, loving each one unconditionally. She believed in them and supported their dreams, and she taught them that with their faith, grit, determination, and hard work they could accomplish anything. In her life her priorities were God, her marriage, her family, and her church.

In the early years of their marriage, Bobbie and Gene settled down in Greensboro and both worked at Sears Roebuck mail order. In 1956, Gene was called into the ministry and enrolled at Wake Forest University to attend college. For the next 8 1/2 years, he would be in college and seminary preparing for this vocation. Although she did not marry a minister, his calling became her calling, and she willingly supported her husband - both spiritually and financially - during this time. As Gene pastored churches in Greensboro, Madison, Robbins, Siler City, and the Asheboro area, Bobbie Jean worked as a school secretary, a bank teller, a salesclerk, and a social worker, doing whatever was necessary to provide for her family. She parented their children alone during the week while he was away at school. She was a partner in his work, and he considered her his most valuable asset. She attended every service and fully participated in church activities.

Bobbie was the epitome of the North Carolina motto, ESSE QUAM VIDERI - to be rather than to seem. She was authentic and freely spoke her mind, a quality that was combined with humor and wit, kindness and compassion, and sharp intelligence. Although she often downplayed her role in Gene's ministry - and even expressed reservations about her qualifications as a pastor's wife - the truth is that all of their congregations were drawn to her and cherished her. Both she and Gene loved people and adored children. Gene had the post high school education, but Bobbie was endowed with common sense, logic, and a keen memory. Her husband counted on her to remember not only the names of his church members and acquaintances, but also connections and facts about their families. Her natural curiosity and love for people of all walks of life and her ability to relate to others were a vital part of their ministry.

Bobbie lived with Alzheimers for more than 11 years. She met the challenges of that journey of memory loss with the same faith, wit, authenticity, kindness, and determination with which she lived the rest of her life. She loved her caregivers at Cross Roads Memory Care Center, and she often made them laugh. Although her disease progressed, two weeks before her death she was still eating well, recognizing the faces of her daughters, and interacting to the best of her ability. Her decline and demise came swiftly in those last two weeks, and God honored her family's prayers that she not suffer. She passed peacefully in her sleep, and now she is with her heavenly Father. Today she is with the husband she constantly searched for after his death, now understanding why he was not by her side these past nine months, and she is reunited with her beloved twin sister and with others that she has been missing. While her family misses her, they rejoice in her strong faith and obedience that led to a fruitful and fulfilling life. They rejoice that she is beyond pain and suffering.

Bobbie Jean is survived by her daughters, Hope Booker Haywood, Joyce Booker Lewis, Jeanne Booker Eaker, and Jennifer Booker Baker. She will be laid to rest in the Fairview Baptist Church cemetery in Reidsville in a graveside service surrounded by family.

Her family welcomes your expressions of sympathy, or personal stories you may have about how Bobbie impacted your life. Those may be shared at www.pughfuneralhome.com Donations can be made to the Alzheimers Organization by following this link: https://act.alz.org/site/TR/Events/Tributes-AlzheimersChampions?pxfid=702600&fr_id=1060&pg=fund.

To order memorial trees or send flowers to the family in memory of Bobbie Jean Alcorn Booker, please visit our flower store.