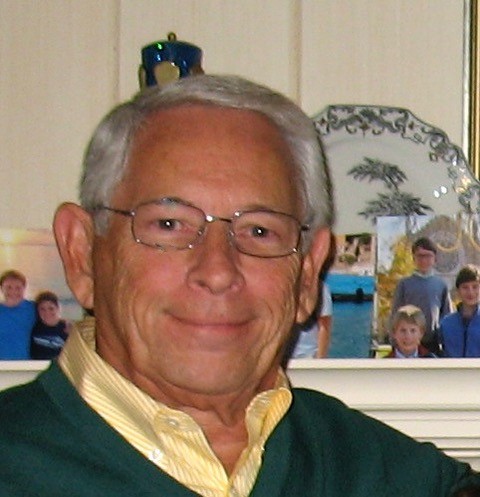 William (Bill) Burl Jones passed away on April 18, 2022 after a courageous battle with brain cancer.

Bill found joy in everyday life with his family.  He was best known for his endearing positive attitude and infectious sense of humor.  In addition to their residence in Asheboro he and Frances enjoyed many years at their second home in Cherry Grove Beach, SC. They also cherished their opportunities for worldwide travel and exploration.

He was a proud veteran of the United States Air Force having served as a missile launch crew member.  He retired after a long career with Energizer Battery in Asheboro.

He was preceded in death by his parents, Wiley and Lena Jones, a brother, Philip Jones and two sisters, Frances Jones Allred and Sylvia Jones Duke.

A memorial service will be held at 1:00 pm on Friday, April 22, 2022 at the Central United Methodist Church at 301 South Main Street in Asheboro with Dr. J. F. Howard, Sr. and Fred Huffstetler.  The family will greet guests at a reception following the service in the church family life center. A private burial will be held.

The family wishes to express deep gratitude to Hospice of Randolph for their kind and compassionate care during Bill's end of life journey.  In lieu of flowers memorials may be made to Central United Methodist Church and Hospice of Randolph at 416 Vision Drive, Asheboro, NC 27203.

To order memorial trees or send flowers to the family in memory of Bill Jones, please visit our flower store.

A memorial service will be be held.