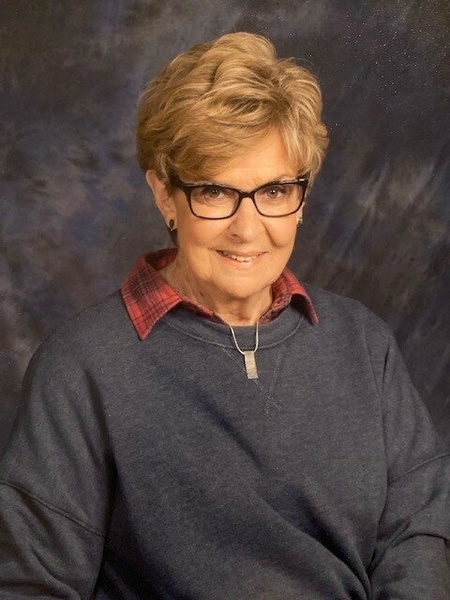 Arlene M. Hayler of Asheboro passed away peacefully and comfortably on October 31 at the Randolph Hospice House. She was born in the small town of Early, Iowa to Edward and Margaret Mary Eckerman on April 28th, 1942 and moved to Asheboro with her husband and three young children in 1975.

Arlene started working in Asheboro as an administrative assistant in the office of the Asheboro High School Guidance Counselor from 1975 to 1979. Following that, she became an award-winning realtor, working with Trollinger and Sons Realty and then with Remax Realty of Asheboro. Through her many personal and professional contacts in real estate Arlene was well known in the community and became a valuable friend and trusted colleague to so many of her Asheboro neighbors. After her successful real estate career Arlene worked as a bank teller for First Horizon bank from 2000 to 2017 where she expanded her large circle of beloved friends and associates.

Before getting married and starting a family, Arlene discovered her passion for horses during two summers of work at a guest ranch in Wyoming. Her love of horses continued into her adult years, traveling many a mile on her beloved horse Cash with her “barn family” in the Seagrove area and traveling back to Wyoming for two weeks every year to visit with her friends at the R Lazy S Ranch near Jackson Hole. Arlene felt that when she could no longer ride, that would be the time for her to leave this life, and this mindset helped to guide her decisions near the end of her adventurous and rewarding life.

A celebration of life will be held November 20th, at 2:00 pm at New Hope Memorial Gardens. The family has requested that you bring your own chair and to social distance outdoors. There will be a private family mass held at a later date.

The family would like to express appreciation to the many beloved friends that brought meals, gifts, books, and companionship to Arlene during her illness. They also offer a special thank you to Dr. Christine McCarty and the staff at Randolph Cancer Center; Amy Moon, GNP, and the staff at Randolph Internal Medicine; private caregivers Evelyn Rodman and Bonnie; and especially to the extraordinary and compassionate staff at the Randolph Hospice House where Arlene volunteered and spent her final days in comfort and at peace.

In lieu of flowers, the family asks that memorial donations be made in Arlene’s name to Hospice of Randolph County, 416 Vision Dr, Asheboro, NC 27203.

To order memorial trees or send flowers to the family in memory of Arlene M. Hayler, please visit our flower store.