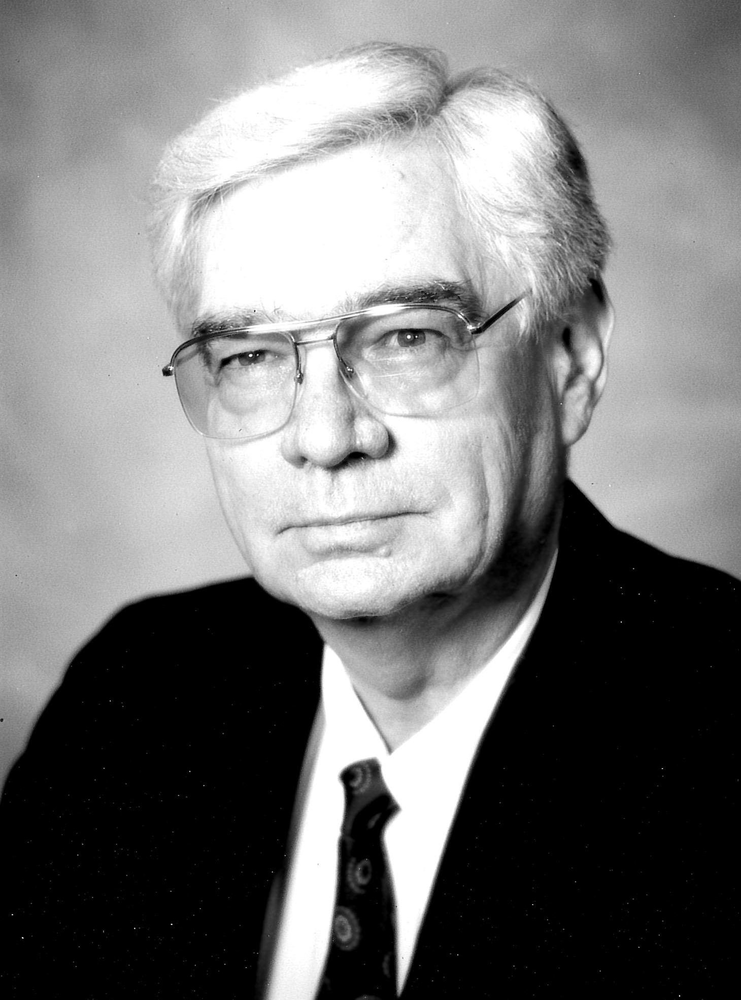 Allen Franklin Holt passed away peacefully on Sunday, April 4, at Randolph Hospice House with his family and minister present. Allen was known for his practicality, common sense, can-do attitude and a life of dedication to his family and community, all delivered with a keen sense of humor. Born in Stanly County in 1935, Allen came to Asheboro in 1936 when his father, D.W. Holt, relocated the family to open an International Harvester farm equipment dealership. Allen graduated in 1953 from Asheboro High School, where he met Sara Ann Stewart Holt, who would become his wife of 63 years. Allen graduated from The University of North Carolina at Chapel Hill in 1957 with a B.S. in business administration. After a hitch in the U.S. Army Reserve, he joined his father in the D.W. Holt & Son Equipment and Truck Company. When D.W. retired, Allen remained with the company, which became Holt-Rooks Equipment and Truck Company. He served as a salesman, as service manager and as manager. The business was sold in the early 1970s, and Allen joined Randolph Electric Membership Corporation in 1974. He rose through the ranks from staff assistant to manager of administrative services to plant manager, and finally to executive vice-president and general manager. He was instrumental in computerization of the cooperative, including design and development of data processing and cost accounting computer systems. His experience saw him designated as a loaned consultant for two years to Bahama Electricity Corporation to assist them in developing computerized data processing. Just before his retirement in 2001, he collaborated with architect Alvis George Jr. on design and construction of the new REMC headquarters on McDowell Road. Allen's computer know-how led him to a sideline in the early years of home computing: building, setting up and troubleshooting PCs and peripherals for friends and family. He continued salving his friends' computer troubles for many years. Allen engaged in a broad range of community service activities. He served on the Asheboro City Planning and Zoning Commission for 26 years, including 20 years, from 1963-1983, as chairman. Elected to the Asheboro City Council, he served two terms from 1983-1987. During his last year on the council, he chaired the city's Zoning Ordinance Rewrite Commission. He also served five years on the Asheboro City Airport Authority, and on the board of directors of the Randolph County Economic Development Corporation, which he chaired in 1999-2000. He was active in the Asheboro Rotary Club, serving as president in 1982-83 and as longtime editor of the club newsletter, The Tar Wheel. Allen was devoted to First United Methodist Church, serving as treasurer for more years than anyone can remember. He sat so long on the church council that he was made an honorary lifetime member. In recent years, he was a steady adviser as the church transformed into one of the most successful and vibrant Methodist churches in the state. He also taught Sunday school and sang in the choir. Music was very important in Allen's life. He was a fan of the bright harmonies of groups like The Lettermen, The Four Freshmen and The Beach Boys. During retirement, Allen joined Sandy Grey, Don Monroe and Tom White to establish The Adequates, a barbershop quartet so named, Allen alleged, because The Supremes was taken (according to Allen, the group in performance was sometimes less than adequate, more likely simply adequate, or on rare occasions, extremely adequate). The group toured Randolph county rest homes, churches and special events, and competed in the Senior Games at the local and state level. The group never turned down a request to sing and charged no fees; if funds were given, they were passed on to the Christians United Outreach Center for its community work. Later members of the group included Charles Loggins, Philip Shore III, Jay Williams and Mike Miller. On family trips, Allen was likely to take shortcuts that proved longer than the regular routes. In the days before ebay and Bring-A-Trailer, his hidden agenda probably was to scour the countryside for Farmall tractors, Model Ts or old Mercedes-Benz automobiles for sale in rural driveways. Allen loved working on these vehicles and making them roadworthy (or farmworthy); the Holt family's red and white vintage Mercedes have been for several years reliable head-turners at regional car shows. Allen was a beloved role model and mentor to his sons Ross and Shelton, and his grandchildren David and Hannah. Noting that his grandfather always could be counted on for insightful and witty support, David says, "He was a loving, intelligent, and gracious man who would do anything for the people he cared about. The knowledge and wisdom I gained from him will always be with me and I am so happy to have spent so much time with him." Allen is survived by his wife Sara Ann Stewart Holt; son, Ross Allen Holt of Asheboro; grandchildren, David Allen Holt of Orlando, FL, and Hannah Robynn Holt of Charlotte; and daughter-in-law RoseMarie Howle of Mebane. He was predeceased by son Shelton Stewart Holt; sister Mildred Irene Holt; and parents DeWitt and Julia Louise Huneycutt Holt. A private family service will take place on Thursday, April 8, 2021 at First United Methodist Church and will be streamed at 2:00pm on the church's website at www.fumcasheboro.org. Memorials may be made in Allen's honor to First United Methodist Church, 224 N. Fayetteville St., Asheboro, NC 27203. Pugh Funeral Home in Asheboro is serving the family.
To order memorial trees or send flowers to the family in memory of Allen Franklin Holt, please visit our flower store.

Mr. Allen will lie in repose