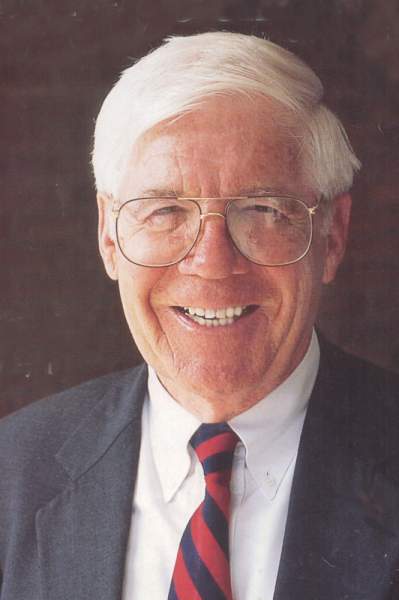 James M. Culberson, Jr., 91, passed away Sunday May 31 in his home at Mountaintop in Asheboro. Having faced a few ailments and accidents in recent years he died of lymphoma soon after diagnosis.

He was the middle child of Sara McReynolds Culberson and James M. Culberson. She was a vivacious belle from Clarksville, Tennessee and he was an athlete and scholar born on the Choctaw Reservation in Oklahoma. They shared great respect and admiration for their own diverse backgrounds that made them appreciate every person's uniqueness. Their perspective could be considered the fundamental tenet of Jim's life.

Born November 30, 1928, in Mattoon, IL, the family moved to Portsmouth, NH before Jim was in the 4th grade. Providentially, they lived next door to the Brightman family. He would marry the girl next door in 1952. An avid athlete, he played football and ran track in high school, his father his coach. He continued his athletic endeavors lettering in both sports at Dartmouth College.

He continued throughout his life to enjoy all sports -- a wicked lefty spin in tennis, opening day of dove season, serious deck tennis matches at the beach, alley-oop with his kids on a Sunday afternoon. He encouraged all his children to participate in sport, emphasizing that teamwork, practice, determination and above all, sportsmanship were precious life lessons that would serve well.

After graduation from Dartmouth, he married Joan Lois Brightman and joined the Army. He served in the Army Counter Intelligence Corp and was stationed in Austria for 2 of the 3 years he served.

Returning stateside, they lived in the NYC area and Chicago, as Jim worked as an underwriter for Chubb and Sons. In 1960, an army buddy recruited him to NC to work at Wachovia Bank. Banking would prove to be a great choice for Jim. He loved interaction with people. He was thrilled the bank could make meaningful contributions to a community as a whole and individuals and businesses. He viewed money not as the goal, but as a tool to improve life for individuals, businesses and the community at large.

With Wachovia, he lived in Winston-Salem, Greensboro, Morganton and Durham. In 1974, he left corporate banking to helm First National Bank of Randolph County. He relished the more personal aspect of community banking. He used his macro/micro banking perspective in many ways. Highlights were his presidencies of the NC Bankers Association, the Community Bankers Council and the American Bankers Association. He also enjoyed his terms as a director of the Federal Reserve Board Bank in Richmond.

In every community he lived he took an active role in civic service. Chamber of Commerce, United Way, Rotary, the Methodist Church, NC Hospital Association and the NC Zoo. Truthfully, there are too many to list.

While some might consider that work an obligation, Jim considered it a privilege and opportunity. He cherished the people he worked with and strived to improve his community with teamwork and shared endeavors. It also enabled him to meet more people. More than anything, Jim wanted to hear your story. He remembered the details. He would ask you about it years later. Q and A was his favorite pastime. He was genuinely interested in the people he met and sincerely wanted you to succeed.

In 2006, Joan was diagnosed with Alzheimer's. She passed away 4 years later with Jim at her side. While she had managed the homefront throughout their marriage, Jim found a second gear, a new nurturing side of himself. Both were surprised and said as much. It's not surprising really. It shows the strength, the concern, the teamwork, the care that was there in all aspects of his life.

Jim was predeceased by his beloved wife Joan. Theirs was a marriage that brought great joy to them and to others. Both of his marvelous parents, his whipsmart brother Tom and his lovely wife Anne, his fun and feisty sister Helen and her implacable husband Jim, Joan's brother Russ and his wife Bea Brightman have passed as well as his beautiful daughter-in-law Julie Cheney Culberson.

The family would like to thank their father's wonderful caregivers including Vivian, Betty, Debra, Veronica, Emily, Esther and Lisa from All Generations and the team at Hospice. Their care and compassion was above and beyond.

He is survived by his four children and their spouses and families. Matt and Charlotte Culberson of Salt Lake City. Sarah Culberson Proctor and her husband Dick of Raleigh. John and Karen Culberson of Park City and Rebecca Culberson Senhauser and her husband Bill of Charlotte. His grandchildren include Emily Proctor Franc (Peter), Rhodes Proctor Short (Travis), Kate, Jack, James and Georgia Senhauser and Sean, Tim and Logan Campbell and their families. Last June, his first great grandchild was born, Penelope Eyre Franc. He leaves many nieces and nephews with whom he enjoyed a warm and wonderful relationship.

Pugh Funeral Home in Asheboro is serving the Culberson family.

To order memorial trees or send flowers to the family in memory of James M. Culberson, Jr., please visit our flower store.