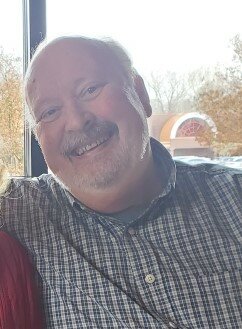 James Larry Harger, 72, of Franklinville passed away January 19, 2022 at Wesley Long Hospital. Larry, as he was known to close friends and family, was a lifelong native of Randolph County. Larry was a graduate of Grays Chapel School in Franklinville and attended Guilford College in Greensboro. He spent much of his life in the service industry, working for years with Orkin, followed by managing the donations for Christian United Outreach Center in Asheboro, and beginning and operating the habitat store in Asheboro. Larry was a jack-of-all-trades and often used his various skills to repair or fix just about anything. He was known for always stepping up, helping out, and lending a hand when needed. When he wasn’t working you could often find him fishing, woodworking, watching football, or enjoying a race. Though he had many hobbies, spending time with his wife and kids was a favorite way to pass the time. He embraced his religion and was thankful for the blessings in his life. Larry is survived by his wife of almost 52 years and love of his life, Linda Harger of the home; daughter Shay Harger of Randleman; son Christopher Harger (Michelle) of Franklinville; grandsons Dustin and Ryan Cole. Larry is preceded in death by his parents, Harold and Louvie Harger. A graveside service will be held Friday, January 28, 2022 at 3:00pm at Randolph Memorial Park. Jerry Hill will speak at the service. In lieu of flowers, donations can be made to: Christian United Outreach Center (CUOC) PO Box 784 Asheboro, NC 27203 Or https://give.cornerstone.cc/cuoc

To order memorial trees or send flowers to the family in memory of J. Larry Harger, please visit our flower store.