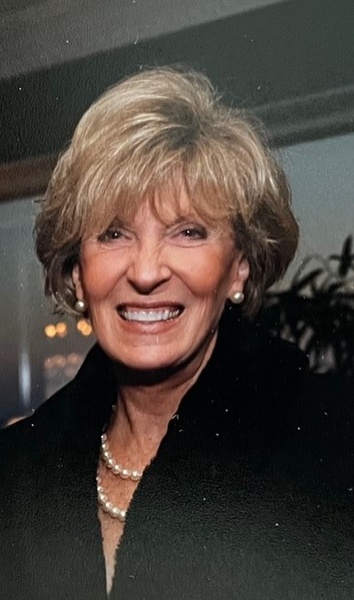 Camille was born to the late Camille Jennette and Theodore Nelson Grice on December 6, 1936, in Raleigh, NC. She graduated from St. Mary's Junior College in 1957 and received her bachelor's degree in 1959 from the University of North Carolina at Chapel Hill. She married William Howard Redding, Jr. of Asheboro in 1961.

After college, she taught school in Atlanta, GA and Manhasset, NY. Camille was an active member of First United Methodist Church of Asheboro. She was a loving mother and a devoted wife. Camille's civic pursuits included the Historical Book Club of North Carolina, the Junior League of Greensboro, the Daughters of the American Revolution, and she was a long standing member of the Sorosis Book Club. She served on the Board of Trustees of St. Mary's College in Raleigh, NC. Camille was an avid tennis player and participated in the Gate City League. In her later years, she enjoyed spending time at Litchfield Beach, SC, with her children, grandchildren and the "Raleigh girls" –her beloved childhood friends.

She was preceded in death by her parents and her brother, Theodore Nelson Grice, Jr. and his wife, Gretchen. She is survived by her husband and her daughters, Camille Redding Duncan of Raleigh and Anna Redding Gilbert and husband, John Neely Gilbert III, of Statesville. She is also survived by four grandchildren: Carter Elizabeth Duncan, Joseph Jelks Duncan, John Neely Gilbert IV and Anna Emeline Gilbert.

A memorial service will be held on Saturday, November 20, 2021 at 11:00 am at First United Methodist Church. The family extends a special thanks to the amazing caregivers who allowed Camille to remain at home surrounded by those she loved for the last two years. In lieu of flowers, memorials may be made to First United Methodist Church, 224 N. Fayetteville St. Asheboro, NC 27203. Pugh Funeral Home is assisting the family. Remembrances and online condolences may be made at www.pughfuneralhome.com

To order memorial trees or send flowers to the family in memory of Camille Grice Redding, please visit our flower store.